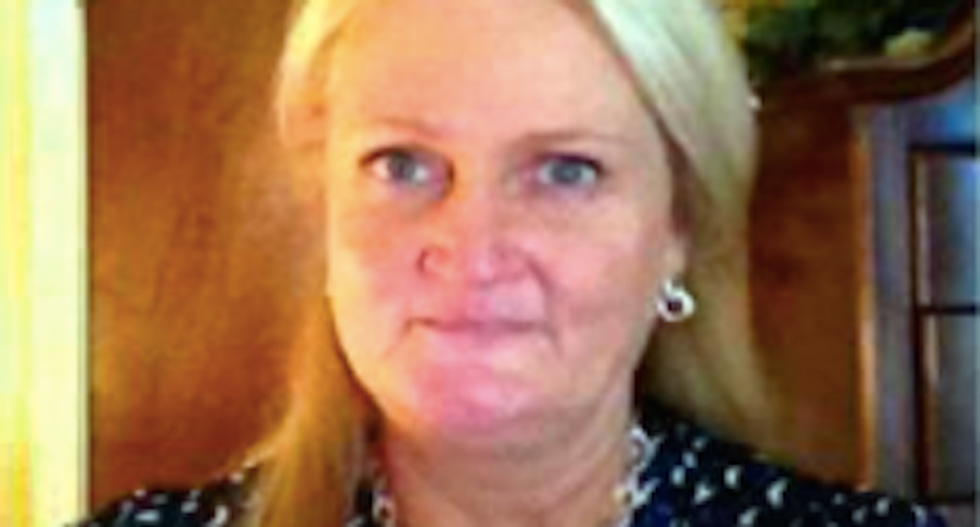 An Alabama woman lost her job after her bigoted, inaccurate and grossly misspelled Facebook rant earned her the title of "racist of the week."

June Pridmore, a senior-level employee with Regions Bank, welcomed the election of Donald Trump in a social media post that alluded to slavery and suggested President Barack Obama was Muslim, reported AL.com.

"I voted him in," Pridmore wrote. "I like him. He has a beautiful wife unlike the ugly and embarrassing woman (for lack of a better word), in the White House now. Ms. Trump's face would make Michele (sic) O'Bama (sic) a Sunday face."

"I'm certainly glad [Trump] he has a lot of money because she he (sic) won't be bought out like Barack (sic), socialist Muslim O'Bama (sic) or his wife or all those host of relatives they have in the whitehouse (sic) for US to support."

Pridmore inaccurately claimed the Obama family had flown their dog to vacations in a separate plane and invited several relatives to live with them at taxpayer expense.

"If any idiot out there thinks that is justified, you deserved him as president," Pridmore wrote. "I prefer a man who can buy Michele (sic) and Barack and sell them several times over."

The post was widely shared on Facebook, under the label "racist of the week," and Pridmore's employer launched an investigation -- which resulted in her termination.

"We appreciate the concerns shared about offensive social media comments that were made through an associate's personal Facebook account," said Jeremy King, a spokesman for the bank. "We want you to know that we share those concerns. Those comments do not reflect our values as a company or the way we do business. The associate is no longer an employee of the company."

The spokesman said Pridmore, whose LinkedIn profile showed she had served as senior vice president of loan operations since 2008, was not in a position where she could approve or deny loans.

Pridmore has deleted her social media profiles since her racist post cost her job.