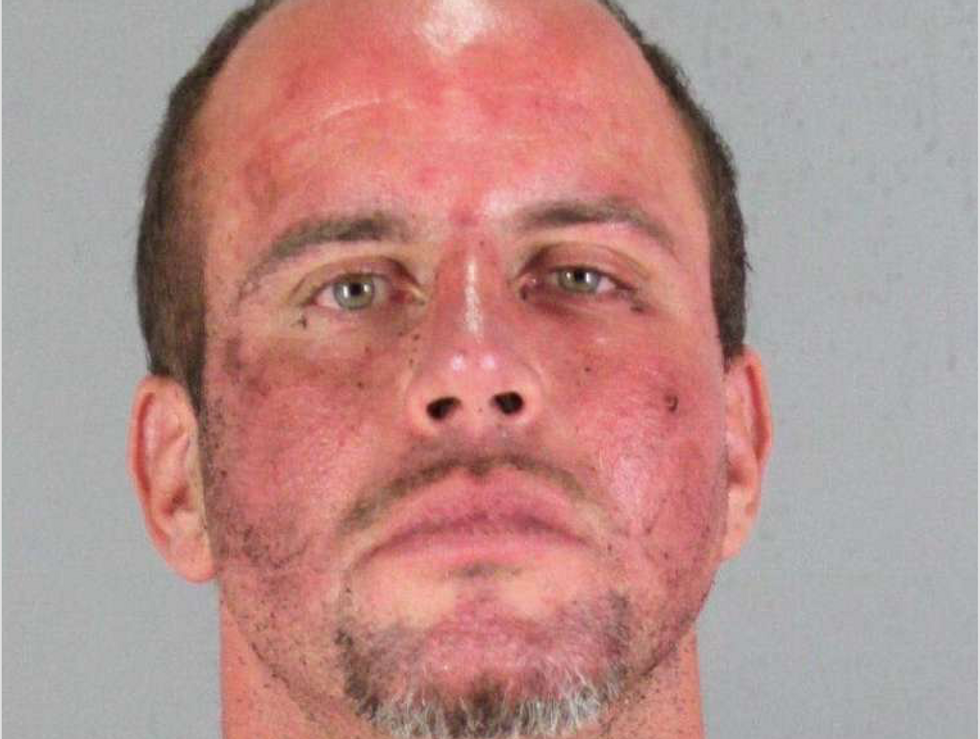 Michael Anthony Goggins, 34, was arrested after a racist rampage in Redwood City, CA

A 34-year-old man from Millbrae, California was charged with two felony counts of resisting and officer and a misdemeanor hate crime charge after he assaulted a Latino man during a racist rampage.

According to SFGate.com, Michael Anthony Goggins entered a not guilty plea when he was arraigned at the San Mateo District courthouse on Tuesday.

The San Mateo District Attorney's Office said that around 10:40 p.m. on Nov. 9, police received a call from an employee of a Chevron station in Redwood City who said Goggins was in his store shouting at him, repeatedly demanding, "Why are you in my country?" and saying, "F*ck you!" and "You are lazy!" to the worker.

Lt. Sean Hart of the Redwood City Police Department said that Goggins then fled to nearby Willow Street, where he approached a 20-year-old Latino man and struck him forcibly in the chest.

“It appeared to be that the motivation was based on people’s race,” Hart told the SFGate.com.

Goggins reportedly shouted at the victim in Spanish, "I'm white. I'm from here. Where are you from, [racial expletive]?"

He then proceeded to Laurel Street, where he encountered police officers. Goggins did not obey police commands and when officers took him into custody, he attempted to bite them.

Once in custody, Goggins began to rant about Mexicans, calling the man he struck a "traitor," and asserting that "aliens are invading the country."

After a psychiatric evaluation, Goggins was jailed and held on $50,000 bond at the Maguire Correctional Facility.

Since Election Day, a number of minority Americans have reported threats, assaults, racist graffiti and other bullying tactics employed by racists emboldened by the election of Republican candidate Donald Trump.