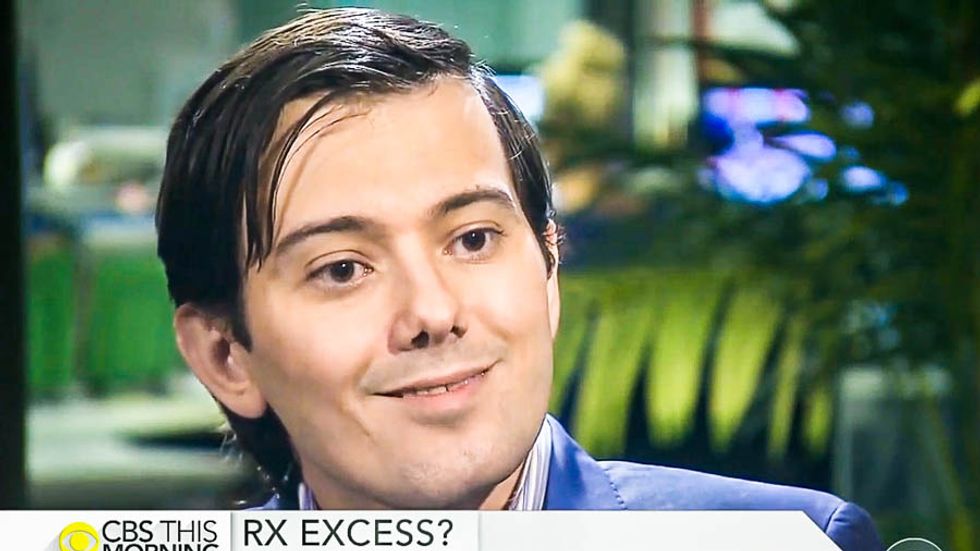 A group of Australian teenagers have cheaply created the active ingredient in the drug Daraprim, which "Pharma Bro" Martin Shkreli hiked the cost of by 5,500 percent.

Shkreli hiked the cost of Daraprim from $13.50 to $750 last year as then-CEO of Turing Pharmaceuticals, which earned him nearly universal condemnation and a congressional subpoena.

He justified the dramatic price increase by arguing that Daraprim, which is used to treat AIDS patients and pregnant women, was underpriced after the company he founded acquired rights to the drug.

A group of 17-year-old students set out to prove Shkreli wrong, and they worked with their chemistry teacher, Malcolm Binns, to synthesize the drug.

The students weren't able to replicate the patented compound, which was referenced on Wikipedia, because it uses a dangerous chemical, so they had to find another route to the drug.

Their efforts proved successful last week after University of Sydney chemist Dr. Alice Williamson, who had been advising the students through the university's Open Source Malaria Consortium, tested the purity of their drug with a spectrograph.

Williamson found the students had produced about $110,000 worth of Pyrimethamine using ingredients that cost $20, and she pronounced it "one of the most beautiful spectrographs I've ever seen."

Turing continues to sell the only Food and Drug Administration-approved form of Daraprim in the U.S. for about $375 a pill, but a second American company, Imprimis Pharmaceuticals, developed an unapproved alternative that costs $1 a dose.

Daraprim sells for between $1 and $2 a pill in most other countries, including Australia.

The students presented their results Wednesday at the Royal Australian Chemical Institute NSW Organic Chemistry symposium, but they face steep obstacles in bringing the drug to market in the U.S.

The drug is out of patent there, but Turing controls its distribution through a loophole called the closed distribution model.

To market a generic form of Daraprim, researchers must be able to compare the alternative to Turing's product -- but the pharmaceutical company may block those comparative trials.