BUSTED: Teacher caught taunting students their parents will be deported now that Trump is president 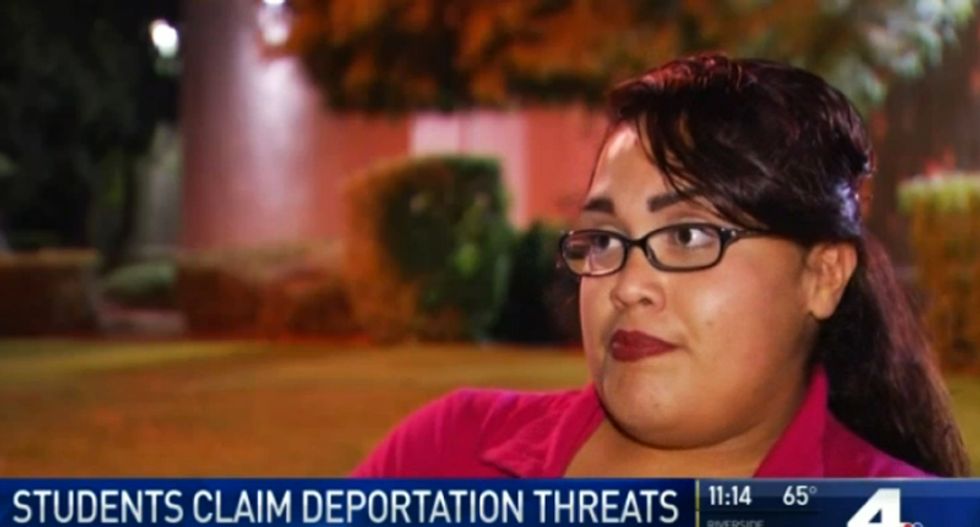 A Los Angeles area substitute teacher has been fired after a student recorded him taunting Latino sixth graders about the election of Donald Trump, telling them their parents were going to be deported, reports NBC4.

According to Jennifer Reynaga, she expected Latino students to be harassed after the election of Trump who made bashing immigrants,and Mexicans in particular, a cornerstone of his campaign.

"I would think the kids would do it, but I never thought a teacher would do it," said Reynaga said in an interview.

The Reynaga family turned over the recording, captured with another student's cellphone, to the school district where the unidentified substitute physical education teacher can be heard speaking to students at Bret Harte Middle School in South Los Angeles.

"If you were born here, then your parents got to go. Then they will leave you behind, and you will be in foster care," the teacher can be heard telling Reynaga's 11-year-old daughter.

When the sixth grader asked how Trump would find them, the teacher replied, "I have your phone numbers, your address, your mama's address, your daddy's address. It's all in the system, sweetie."

After being confronted with the audio tape, school officials fired the teacher, with LAUSD officials saying they had no further comment due to pending personnel matters.

Watch the video below via NBC4