Charles Blow unloads on Trump advocate: 'Don't try to force me to fall in line behind an unrepentant bigot' 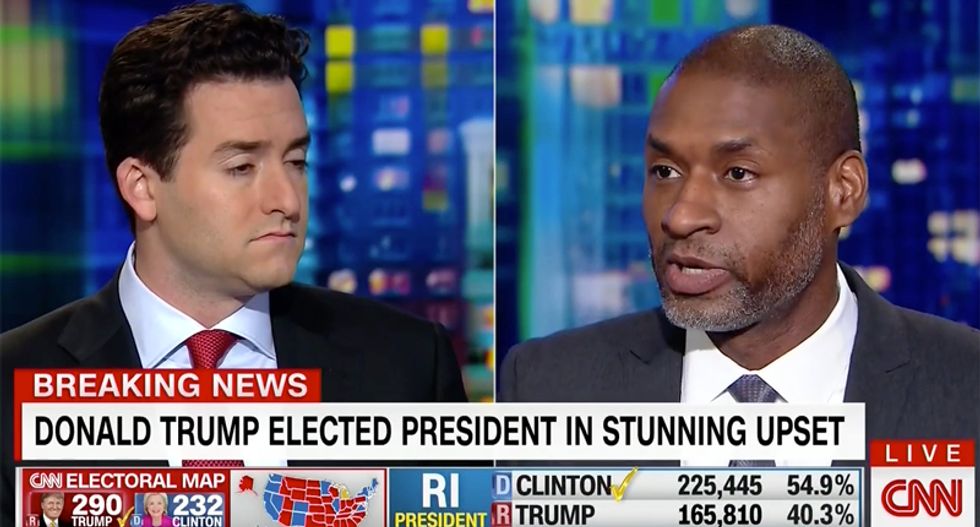 Appearing on CNN, New York Times columnist Charles Blow took a Trump advocate to task for complaining the discussion about race in America is a media creation, before leaving no doubt about how he feels about the new President-elect.

"So this concept that we are creating, or somehow living in a past, luxuriating in a race obsession that is great for us because we feel good about is the most insulting thing I could ever hear."

When panelist Margaret Hoover changed the conversation to giving President-elect Trump the benefit of the doubt and encouraged everyone to be gracious towards him despite his hateful rhetoric and equally horrible behavior during the campaign, Blow drew a line in the sand.

"I don't respect this man about to be the president and don't want that confused," he repeated. "I don't want America to fail but don't try to force me to fall in line behind an unrepentant bigot -- I won't do that."