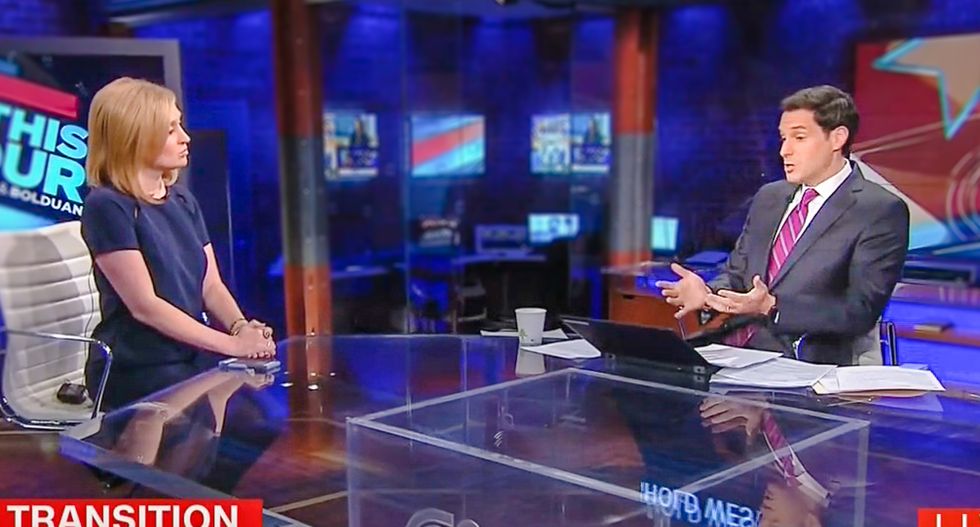 CNN host John Berman pointed out that Donald Trump has not only gone "hard right" in picking members of his administration, but the future president is also going "hard white" by ignoring a need for diversity.

"It's an effort to show that you're in favor of bipartisanship in an era of party polarization," Zelizer said. "President-elect Trump had initially said he's not going to do this, but as we see with Donald Trump, part of this is about the show, part of this is a bout the appearance."

"He's got five picks so far, all white, all male," Berman explained. "If diversity is something that this administration values, they haven't shown it just yet."

In fact, all of Trump's first five appointments are white men: Reince Priebus as chief of staff, Stephen Bannon as chief strategist, Jeff Sessions as attorney general, Michael Flynn as nation security adviser and Mike Pompeo as head of the Central Intelligence Agency. That's in addition to Vice president-elect Mike Pence, who is also a white male.