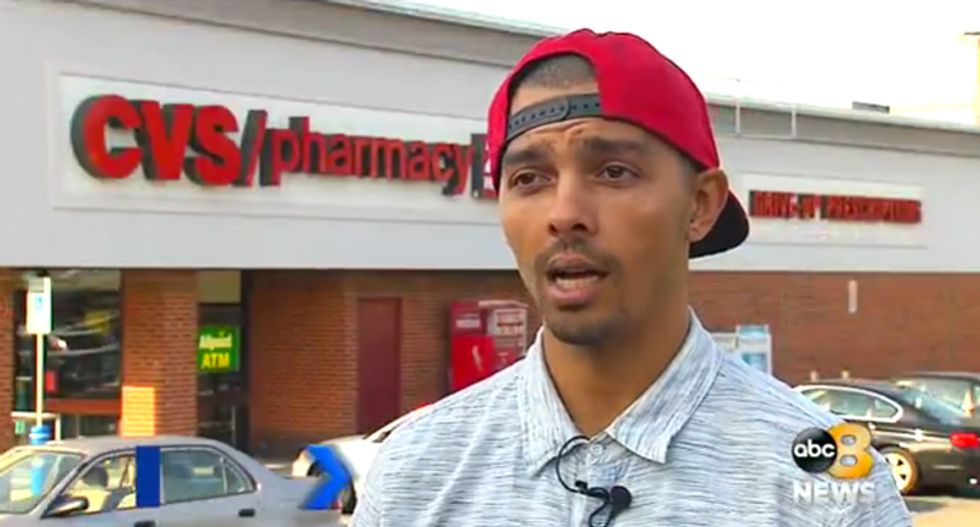 A late night trip to a local CVS store by two black men to buy some sliced cheese turned into a run-in with police after panicked store employees hid in a locked backroom and called the cops, reports WATE.

According to Ricky Berry, he and his roommate Philip Blackwell went to a CVS store in Carytown, Virginia in search of cheese.

After asking an employee if the store carried cheese, and being told it did not, Berry said the staffer and other employees who had been on floor disappeared.

“We looked around for probably 30, 45 minutes and we couldn’t find anybody,” Blackwell said, adding that they discovered another customer, attempting to purchase Oragel for a bad tooth, who also couldn't find anyone to help him.

Berry stated that a police officer showed up and helped them search the store only to discover the employees huddled in a back room behind locked doors.

“He was laughing with us because, like, this is how weird, apocalyptic movies start,” Berry said, before adding that the officer made a few calls after which he told them they'd have to leave.

“We’re being kicked out because they were scared of us and hiding,” Berry said, “He just told us that we need to leave premises or else we would be arrested for trespassing and that flipped the script on all of us. We had no idea what was going on.”

The two men said they attempted to contact the store manager and were unsuccessful, but did receive an apology from a CVS spokesperson who said the employee who called the police was being counseled and retrained.

Watch the video below via WATE: