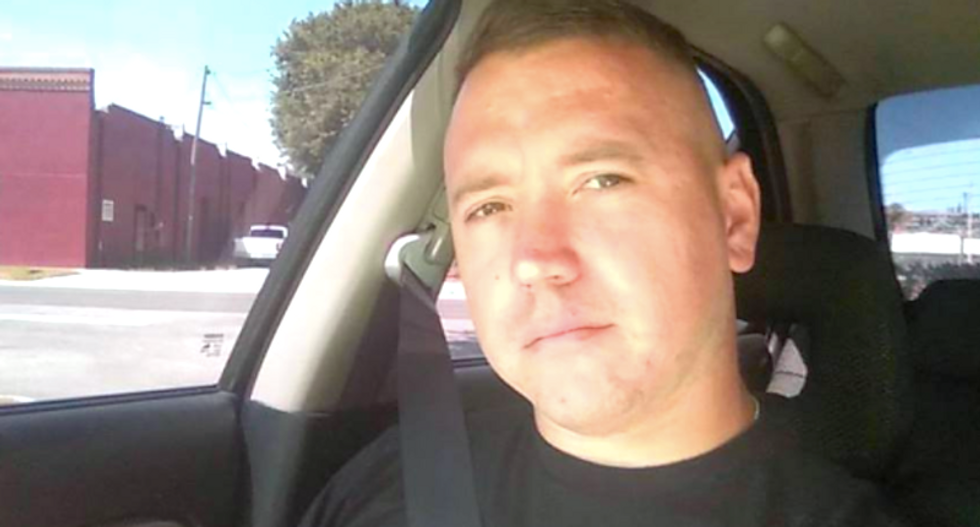 A Florida veteran is asking for help after his home was set on fire and tagged with anti-Trump graffiti.

Matthew Smith, who served in the U.S. Navy, said he hasn't displayed any signs or flags supporting Donald Trump outside his home, but he's an outspoken supporter on Facebook of the Republican president-elect, gun militia groups and other conservative viewpoints, reported WTVT-TV.

Smith's children were staying with their grandparents when a neighbor called him at 3 a.m. Tuesday to report a fire at their Plant City home.

“The place was ransacked," Smith told WFTS-TV. "Clothes from my room, all the way to the back, just made it everywhere. Papers, important documents thrown everywhere, just torn up. The Christmas tree set up (Monday) was knocked down and had been lit on fire. Every piece of furniture was pretty much burned through.”

Smith suspects his Facebook posts might be related to the fire, because the vandals spray-painted the words, cracker, f*ck Trump, not my prez and f*ck yo kids" on the home's walls.

The father of two children believes the vandals who set his home on fire were copying anti-Trump protesters, who he complained had committed crimes with impunity.

"It's been several months now where there's protesters breaking the law, damaging property, destroying cities," Smith said. "And, 'Oh just let them do it,' and that's not how it should have gone down. If you are breaking the law you should go to jail -- that's it."

Smith said his family's house is in foreclosure, and they don't have insurance to cover damage to their home and belongings.

Smith's sister has set up a GoFundMe page to help the family cover damage to their home, which was in foreclosure and wasn't covered by insurance.

"We were always nice to everyone," said Smith's wife, Brittany. "It's very odd, very odd."