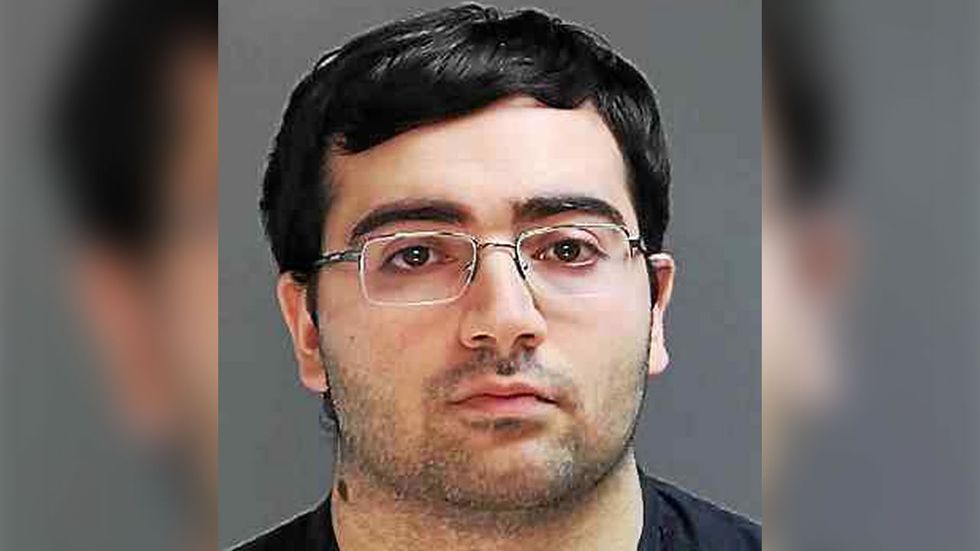 Hovsep Avesyan, a 27-year-old white Armenian man, is facing multiple charges for allegedly brandishing a firearm while using ethnic slurs to verbally assault two Muslim women in what is thought to be a road rage incident.

The Delaware County Daily Times reported police responded to a Wawa parking lot in Upper Darby on Nov. 22 after getting a call from a 44-year-old Muslim woman and her 25-year-old daughter.

The women said that a man began yelling ethnic slurs and pulled up his jacket to reveal a firearm as soon as they pulled into the parking lot.

“You heard me,” the man allegedly said. “Go back to where you belong. Go back to Africa.”

“If you didn’t hear me, let me come closer,” the man said while walking quickly toward the women with the weapon visible, according to the police affidavit. "F*ck you," he added.

The two victims told officers that they were so terrified that they removed their head veils because the suspect continued to make gestures at them after he walked into the store.

A license plate number provided by the women helped police locate the black 2014 Mercedes-Benz owned by Avesyan. He was arrested at his home on Wednesday.

Avesyan was charged with terroristic threats, a first-degree misdemeanor offense, and harassment and disorderly conduct. Bail was set at $250,000, which his family immediately paid. But the defendant was not released because he refused to turn over all of his firearms.

Investigators located a safe during a warrant search of Avesyan's home. The defendant initially refused to reveal the combination of the safe, where authorities believed guns were being stored.

“Part of the bail was to turn over all firearms. We couldn’t say we got all of the firearms until we got into that safe,” police Superintendent Michael Chitwood explained over the weekend.

Avesyan eventually turned over the combination and investigator recovered a cache of 21 weapons, thousands of rounds of ammunition, smoke grenades and bulletproof vests.