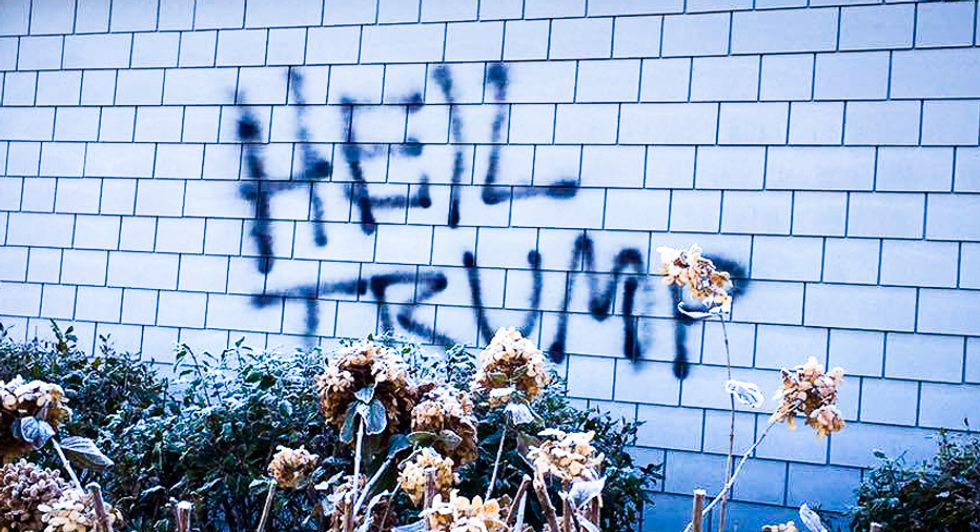 An Indiana church is calling for unification after fans of President-elect Donald Trump defaced the place of worship with hate-filled graffiti.

The IndyStar reported that the vandals hit St. David's Episcopal Church in Bean Blossom on Saturday night. The words "Heil Trump" and "Fag church" were painted on walls outside the church. A swastika was also found scrawled on the building.

In a Facebook post on Sunday, the church said that members were "disappointed that our safe haven has been vandalized but will not let the actions of a few damper our love of Christ and the world."

"We will continue to live out our beliefs and acceptance of all people and respecting the dignity of every human being. We pray for the perpetrators as well as those who the derogatory marks were directed at," the statement said. "This act was an act of separation. Separation of us from each other and a separation from God which is the definition of a sin."

According to the church, the vandalism was only one example "of a worldwide phenomenon in which we are dividing ourselves and the world from God."

Rev. Kelsey Hutto of St. David's told IndyStar that "we must be doing something right."

"We stated one time that doing the right thing was not always the popular thing," he explained. "We were targeted for a reason, and in our mind it was for a good reason."