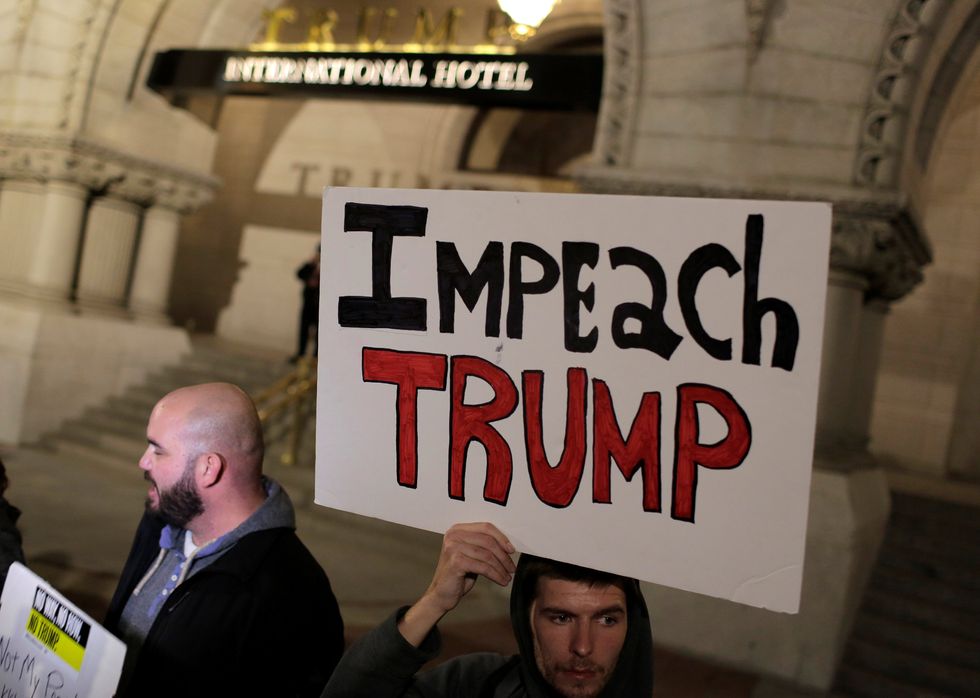 Demonstrators took to the streets across the country for a second day on Thursday to protest Donald Trump's presidential election victory, voicing fears that the real estate mogul's political triumph would deal a blow to civil rights.

On the East Coast, there were protests in Washington, Baltimore, Philadelphia and New York, while on the West Coast protesters converged on Los Angeles, San Francisco and Oakland, California. And in Denver, several thousand people rallied in one of the largest of Thursday's events.

Thursday's gatherings were generally smaller in scale and less intense than Wednesday's, while teenagers and young adults again dominated the racially mixed crowds.

Police erected special security barricades around two Trump marquee properties that have become focal points of the protests - the president-elect's newly opened Pennsylvania Avenue hotel in Washington and the high-rise Trump Tower where he lives in Manhattan.

In the nation's capital, about 100 protesters marched from the White House, where Trump had his first transition meeting with President Barack Obama on Thursday, to the Trump International Hotel blocks away.

At least 200 people rallied there after dark, many of them chanting "No hate! No fear! Immigrants are welcome here!" and carrying signs with such slogans as "Impeach Trump" and "Not my president."

"I can't support someone who supports so much bigotry and hatred. It's heart-breaking," said Joe Daniels, 25, of suburban Alexandria, Virginia.

In Los Angeles, a small band of protesters marched onto a freeway near downtown, briefly blocking traffic until police cleared them away. Minneapolis police reported a similar act of civil disobedience on Interstate 94.

Trump's critics have expressed concern that his often-inflammatory campaign rhetoric about immigrants, Muslims, women and others - combined with support he has drawn from the Ku Klux Klan and other white supremacists - could spark a wave of intolerance against various minorities.

Anti-Trump rallies were held in more than a dozen major U.S. cities on Wednesday, with thousands turning out at the biggest gatherings - in New York, Seattle, Los Angeles and Oakland, California. In Oakland, unruly protesters smashed windows, set fires and clashed with riot police.

A Trump campaign representative did not respond to requests for comment on the protests. Taking a far more conciliatory tone in his acceptance speech early Wednesday than he had at many of his campaign events, Trump vowed to be a president for all Americans.

Rudy Giuliani, the former New York City mayor and a high-profile Trump supporter, called the demonstrators "a bunch of spoiled cry-babies," in an interview with Fox News.

"GET IT OUT OF THEIR SYSTEMS"

Republican National Committee spokesman Sean Spicer urged the protesters to give Trump a chance once he is sworn into office in January.

"I hope that people get it out of their systems ... but then they give this man that was just elected very historically and his new vice president an opportunity to govern," Spicer said in an interview on MSNBC.

Civil rights groups and police reported an uptick in attacks on members of minority groups, in some cases carried out by people claiming to support Trump. There were also reports of Trump opponents lashing out violently against people carrying signs indicating support for Trump.

Organizers used social media to plan many of the protests. A Facebook group named "#NotMyPresident," formed by college and high school students, called for an anti-Trump rally on Inauguration Day, Jan. 20.

More anti-Trump demonstrations were planned for the weekend.

(Reporting by Gina Cherelus in New York and Ian Simpson in Washington; Additional reporting by Jon Herskovitz in Austin, Texas, and Curtis Skinner in San Francisco; Writing by Scott Malone and Steve Gorman; Editing by Daniel Wallis and Leslie Adler)