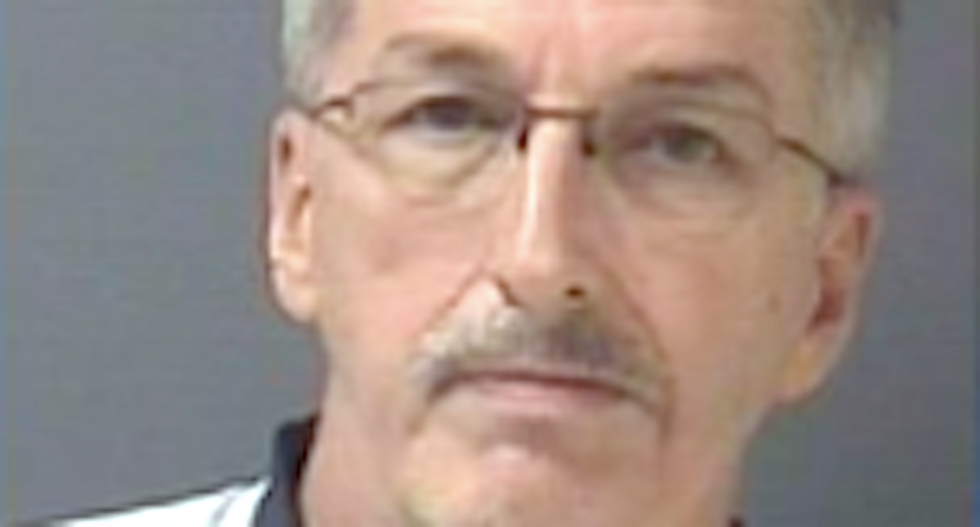 A Michigan man was arrested for pointing a gun at some neighborhood kids he accused of vandalizing his Donald Trump campaign sign.

Michael Kubek, of Allen Park, called police Oct. 29 after a group of teens knocked the campaign sign down and ran off, but the 56-year-old was not home when officers arrived a few minutes later, reported the Southgate News-Herald.

Police heard shouting nearby and found six children between 14 and 12 sitting on the grass as Kubek screamed and cursed at them.

Kubek told officers he was angry because he believed the children had damaged his Trump sign, although he admitted that he hadn't seen them do it.

The children told police they were headed to a nearby park when Kubek began swearing at them and then pulled out a pistol and ordered them to sit down on a neighbor's lawn.

The kids insisted they hadn't damaged the sign, but they said Kubek only became angrier and held them at gunpoint while his mother, who lives on the same block, called police.

Kubek admitted to pointing his gun at the children to scare them, but he explained he was angry because his house had been egged and his Trump signs damaged a week earlier.

He told police the gun was not loaded, and officers said the weapon, which was properly licensed, was empty when they seized it from Kubek, who is a concealed carry permit holder.

Kubek was arrested and charged with felonious assault, and he was released on $5,000 bond.