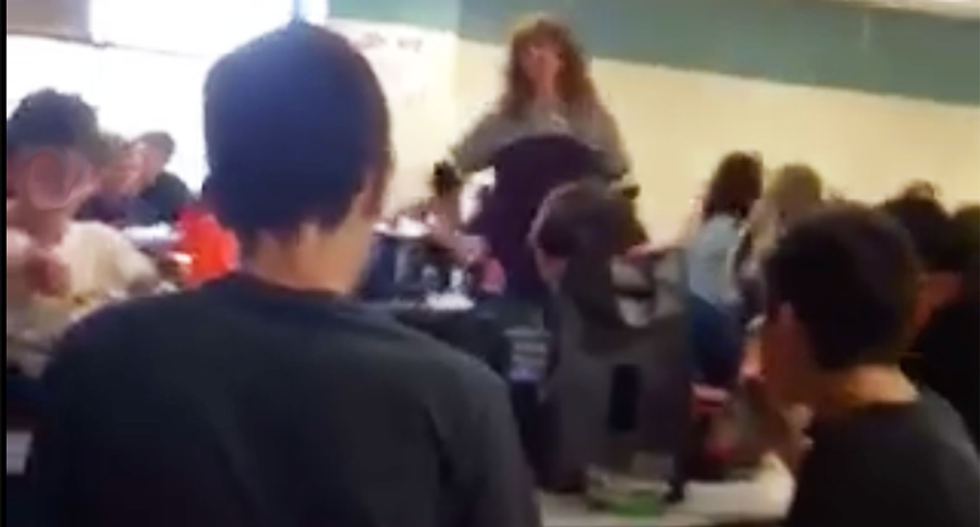 For those wondering how Donald Trump could ever have won a state like Michigan after it supported Barack Obama this video explains a lot.

A small group of students at Royal Oak Middle School in Detroit, Michigan broke out into chants of "Build the wall" the day after the election, according to The Detroit News.

According to a Facebook video of the event that has now gone viral, "Latino children were crying." Dee Perez-Scott, who posted the video, said, "the taunts, the "Build that Wall" with such bullying power and hate from children to children. Just Horrifying!"

"We addressed this incident when it occurred. We are addressing it today," Royal Oak Schools superintendent Shawn Lewis-Lakin said in a statement today. "We are working with our students to help them understand the impact of their words and actions on others in their school community," the statement continued.

As of Thursday morning, officers from the Royal Oak Police Department have been on hand and will be throughout the day, Lt. Keith Spencer said.

"We are aware of the video and are monitoring comments on it as it gets shared," he said.

Democratic candidate Hillary Clinton spoke frequently about bullying behavior by Donald Trump, his policies and his campaign. She launched a campaign ad and a web ad of children responding to his words and actions that showed him mocking various groups of people.

Students at a Pennsylvania school also made news after marching through their school with Trump signs shouting, "white power." Students at a Minnesota school were greeted to "F*ck n*ggers" being written on a door after the election. The writings also read "F*ck all porch monkeys" and "Whites only" above Trump's name.