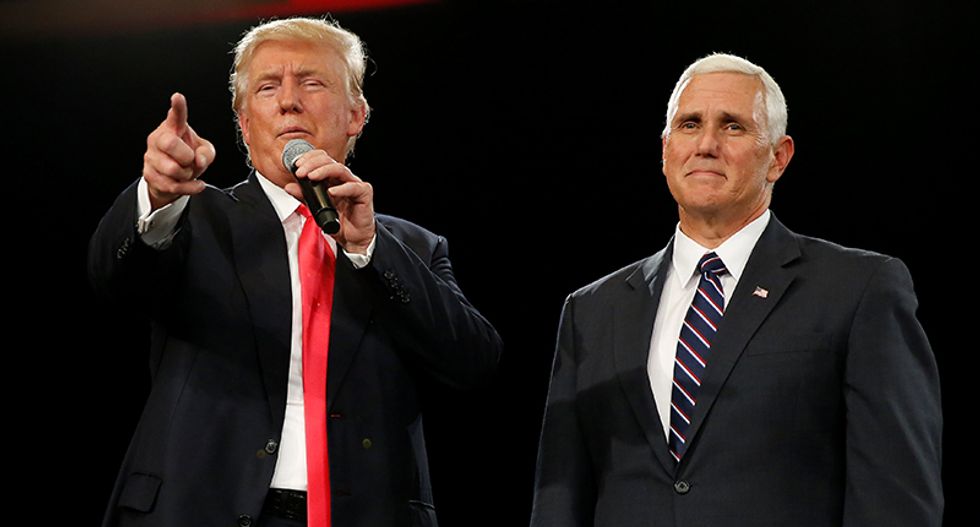 What role will Mike Pence play in the White House?

Donald Trump selected Pence as his vice presidential running mate to address his political vulnerabilities within the Republican Party. The Republican establishment was nervous about Trump during the nomination process because they did not trust him to govern conservatively or responsibly.

When Trump chose Pence, much of the political discussion focused on how Pence would reassure nervous conservatives that a Trump administration would not betray conservative principles. Pence’s governing experience was equally important. Starting in 2001, he served in the House of Representatives, including as Chair of the House Republican Conference, and was governor of Indiana since 2013. This reassured party establishment figures that Trump’s path would be more conventional.

Pence’s governing background may allow him to serve a vital role for Trump as a liaison to Congress, but only selectively. Unfortunately for Trump, the issues on which he is most at odds with Republican congressional leaders, like trade, are those on which he is also at odds with Pence. This may limit Pence’s ability to act on Trump’s behalf.

Strangely enough, understanding how Jimmy Carter became president may shed light on Trump and his need for someone like Pence. As a political scientist I study elections, parties and legislatures, and was a student of the late political scientist Nelson W. Polsby. His 1983 book Consequences of Party Reform may be a useful guide to relations between the executive and legislative branches under a Trump administration.

While modern presidential nominations are determined by primaries and caucuses, it was not always that way. Through 1968, party officials selected their nominees at the conventions, regardless of who won the largely symbolic primaries. However, in 1968 the Democratic Convention erupted into riots at the nomination of Hubert Humphrey. His opponent, Eugene McCarthy, had won the symbolic, but mostly inconsequential primaries. Democrats responded by adopting the McGovern-Fraser reforms, which required states to select delegates through primaries and caucuses.

The McGovern-Fraser reforms allowed Georgia Governor Jimmy Carter – an outsider to national party politics – to win the 1976 nomination and then the presidency. He, like Trump, achieved this by appealing to voters, rather than the party establishment. As president, Carter also faced a nominally unified Democratic Congress. However, as an outsider he entered the presidency with no connections to any congressional Democrats. By Polsby’s account, he also never bothered to establish any. 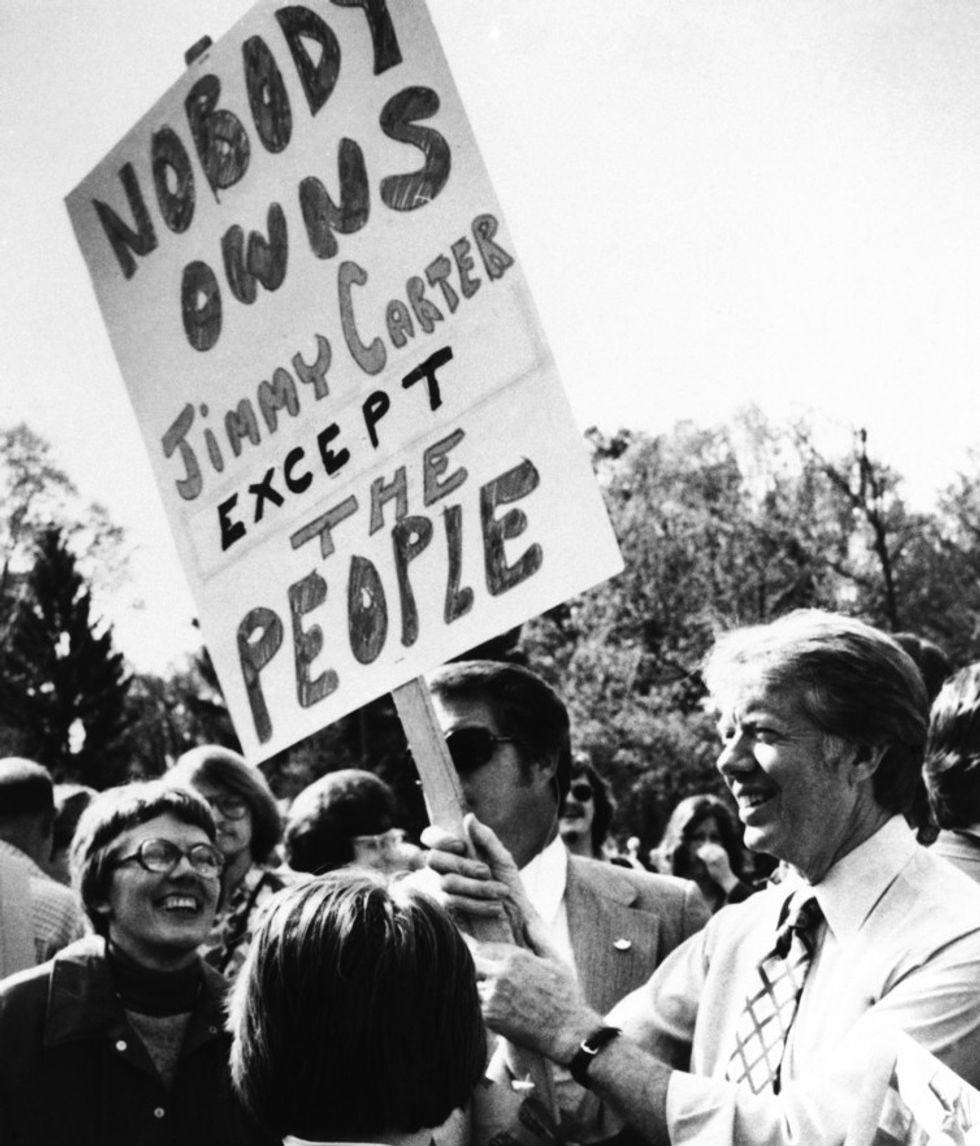 Polsby described Carter’s view of Congress as dismissive. Carter was unwilling to take advice from Representatives and Senators and, most importantly with respect to Pence, Carter lacked any liaisons who had established relationships with Congress. Consequently, Carter’s administration failed to realize many of his policy goals. According to political scientist David Mayhew in “Divided We Govern,” Carter passed an average of 5.5 pieces of major legislation per year during his term. His predecessor, President Gerald Ford, managed 8.6 pieces during a more tumultuous period. Prior to being elected president, Ford had served as House Minority Leader.

Carter entered the White House lacking any direct, personal relationships with his own party in Congress. Trump enters the office with hostile relationships. He has called Speaker Paul Ryan “weak and ineffective,” and the Speaker has accused Trump of textbook racism. While they have been more friendly since election day, personal relationships of the type Polsby found so important do not build so quickly, or so easily.

Unless, that is, Trump delegates the task of legislative negotiation to Pence, who served amicably in Congress and rose to the position of Chair of the House Republican Conference. The challenge is that Pence was not an active legislator who shepherded legislation through the tangled process. Pence never served on the Rules Committee, which would have given him expertise in the process itself. His record championing legislation is remarkably thin.

Still, a well-respected but unaccomplished legislator would probably serve as a better negotiator than Trump. But that requires Trump to delegate authority to Pence since the vice presidency has no real formal authority beyond casting tie-breaking votes in the Senate. The tasks are those delegated by the president.

The most challenging tasks are those with which Pence can be the least help because he and Trump are at odds on the issues. For example, Trump needs no negotiator to work on his behalf for issues on which the Republican Party is unified, such as tax cuts. In that sense, he is in a stronger position than Carter, whose Congress was filled with Democrats, ranging from Northern liberals to remaining conservative Southerners, who were as likely to join with Republicans as Democrats.

On the other hand, consider trade. While more traditional Republicans – including Pence – embrace international trade and oppose policies such as tariffs, Trump is hostile to NAFTA, and the TPP. He insists on threatening tariffs on other countries if they do not meet his demands on trade policy. Working with Congress on such issues will require a liaison, but Pence may be the wrong person to do it.

Where Pence can be most active are the many issues on which Trump has few clear positions. In that regard, President Trump may resemble President Dwight Eisenhower. Remembered by some scholars as an ineffective president, political scientist Fred Greenstein wrote in “The Hidden Hand Presidency” that Eisenhower was misunderstood, in part, because he actually had a very limited policy agenda.

Similarly, Trump has few policy commitments because he has so few tangible policy beliefs. For example, if he simply wants “something terrific” to replace Obamacare, then his position on healthcare policy is non-specific enough that Pence can act, not as a liaison, but as a virtual executive.

The question remains one of delegation. Will Trump delegate to Pence, and on which issues? Without Pence, Trump may be stuck in perpetual conflict with his own party leadership, undone by the same conflicts that beset Carter.

Arizona troopers have a new task as conspiracy theorists claiming Donald Trump won the 2020 election are fired up by the state's controversial audit.

"Gov. Doug Ducey has ordered Arizona Department of Public Safety protection for Secretary of State Katie Hobbs and her family after she received death threats related to the Senate contractor's ongoing audit of the November presidential election in Maricopa County," The Arizona Republic reported Saturday. "Jordan Conradson, whose Twitter account identifies him as an Arizona-based realtor and correspondent for the website Gateway Pundit, on Thursday posted a video of him walking behind Hobbs and shouting questions."