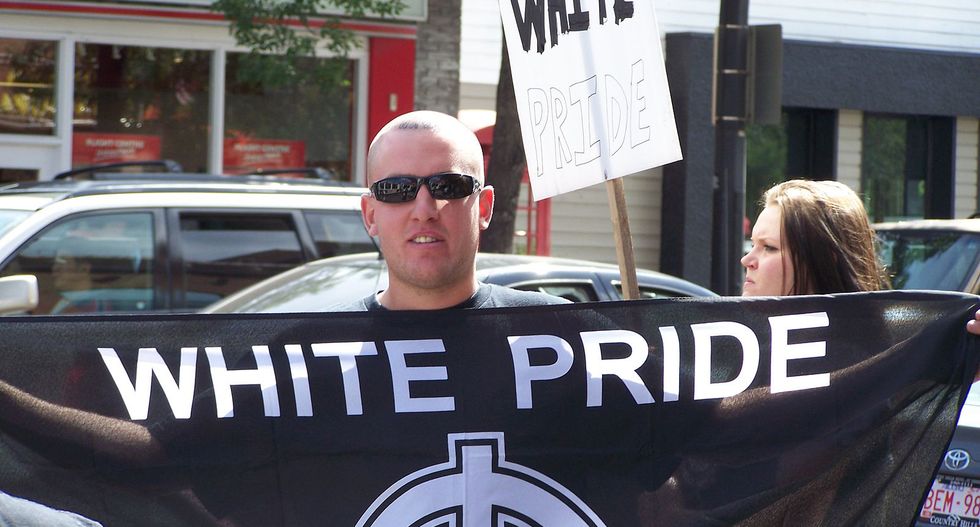 Andrew Anglin, founder of the neo-Nazi and white supremacist website Daily Stormer, melted down Tuesday after the shoe brand New Balance rejected his endorsement as “the official shoes of White people.”

Saturday, Anglin posted that it was “time to get on-board with New Balance now” after the company’s vice president of affairs, Matt LeBretton, publicly backed Donald Trump.

“The Obama administration turned a deaf ear to us and frankly with president-elect Trump we feel things are going to move in the right direction,” LeBretton told reporter Sara Germano. LeBretton also noted his endorsement of Trump was related to the president-elect’s strong campaign rhetoric against the Trans-Pacific Partnership.

In the days after LeBretton’s statement, customers expressed dissatisfaction with the VP’s statement, some even protesting the brand by posting videos destroying New Balance shoes on social media (or, as Anglin referred to it, “butthurt cucks are burning their shoes, lol”).

“New Balance is making a gesture to support White people and to support US manufacturing. We need to support that,” Anglin wrote after learning about LeBretton’s Trump support. “I see New Balances now becoming the official shoes of White people.”

Monday, New Balance rejected Anglin’s attempt at becoming the latest New Balance brand ambassador, releasing a statement saying the company “does not tolerate bigotry or hate in any form.”

“New Balance is a values-driven organization and culture that believes in humanity, integrity, community and mutual respect for people around the world,” the statement continued.

Anglin called New Balance’s statement “obviously fake,” insisting LeBretton sent the original statement to the Daily Stormer and “said he believes all Jews should be gassed ‘for real this time around.’” The “original statement” per Anglin reads:

"New Balance endorses bigotry and hate in any form," the fake statement says. "As a 110-year old company with five factories in the U.S. and thousands of white male employees worldwide – New Balance is a Republican-driven organization and culture that believes in White Supremacy, integrity, community and mutual respect for white males around the world. One of our officials was recently asked to comment on a trade policy and was quoted correctly in context. We have been and will always remain committed to manufacturing in the United States."

“Don’t let the lying Jewish media get you down,” Anglin added.