No better US ambassador for Prague than Trump's ex-wife, says Czech president 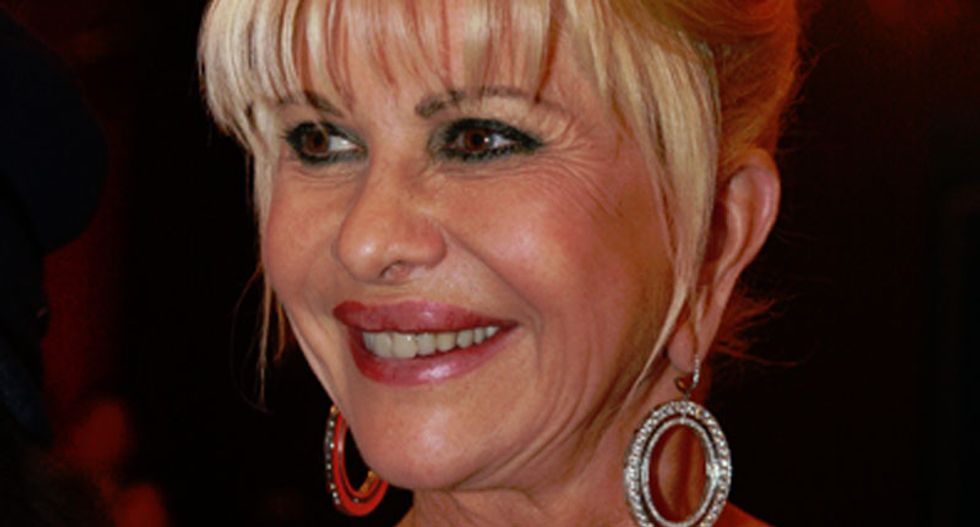 Czech President Milos Zeman has thrown his support behind a bid by Ivana Trump, the ex-wife of U.S. President-elect Donald Trump, to become the next ambassador to the country of her birth.

"They could not send a better U.S. ambassador to Prague," Zeman told her in a telephone call on Wednesday, the president's office said in a statement.

Ivana Trump told the New York Post last week she would suggest to her ex-husband that she become ambassador to the Czech Republic.

The 67-year-old socialite, born in Zlin in what was then Czechoslovakia, told the paper the country was "where I'm from and my language and everybody knows me".

Her suggestion, reported by Czech media over the weekend, has been welcomed by other politicians but most enthusiastically by the president's office, whose spokesman said on Twitter it was a great choice.

It was another sign of a sharp pro-American U-turn by the Czech presidential administration.

Zeman was one of the few European politicians who vocally backed Trump in his campaign for the U.S. presidency.

After the real estate billionaire won the election in a surprise victory a week ago, Zeman held a rare press briefing in which said he was "very happy" with Trump's victory and that the two shared opinions on immigration and terrorism.

Like Trump, the outspoken Czech president has often railed against "elites" critical of his leadership and has warm views towards Russian leader Vladimir Putin. Unlike Trump, Zeman is very keen on deepening ties with China.

Despite his country's NATO membership, Zeman has often repeated the Russian line on the conflict in Ukraine and was not invited to the White House under President Barack Obama.

He has had an open feud with current U.S. ambassador to Prague, Andrew Schapiro. In 2015, he "closed the door" of Prague Castle to the envoy for a time, after he made comments perceived as critical of the Czech president's decision to attend a World War Two commemoration in Moscow.

The president's spokesman, Jiri Ovcacek, tweeted last week that "a beautiful gift for my January birthday will be the exit" of the current ambassador.