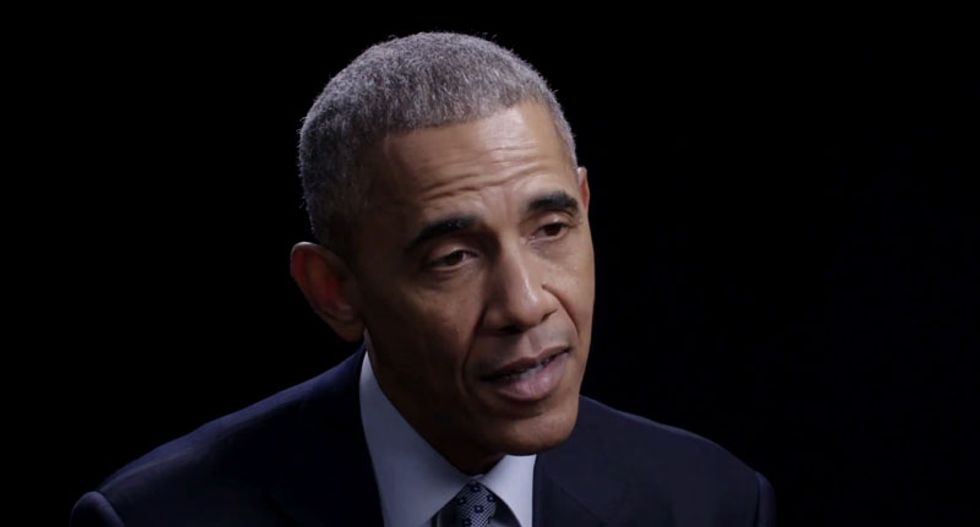 Obama during an interview with NowThis (Screenshot)

In his first comment since the FBI reported a new cache of emails possibly related to Clinton, Obama said in a radio interview he did not want to meddle in the process.

But he was clear on how he believed the investigative process should be carried out.

The Federal Bureau of Investigation on Friday announced it had found new emails that might pertain to Clinton's use of a private server for government business while she was Obama's first secretary of state from 2009-13.

FBI Director James Comey said he did not know whether the emails were significant and released no information other than that they existed. His announcement 11 days before the Nov. 8 election drew outrage from Democrats and others who believed it would unfairly influence the vote.

Little is known yet about the emails, which were found during an unrelated probe into former U.S. Representative Anthony Weiner, the estranged husband of top Clinton aide Huma Abedin.

Obama noted that the FBI already has determined that Clinton had not intentionally transmitted classified information over her private email server but had been "extremely careless.""When this was investigated thoroughly the last time, the conclusion of the FBI the conclusion of the Justice Department, the conclusion of repeated congressional investigations was that she had made some mistakes but that there wasn't anything there that was prosecutable," Obama said.

Obama defended Clinton, whose increasingly confident campaign was blindsided by the FBI announcement, as someone who has always put the American people first.

"When she makes a mistake, an honest mistake, it ends up being blown up as if it's some crazy thing," he said. "I wouldn't be supporting her if I didn't have absolute confidence in her integrity and her interest in making sure that young people have a better future."