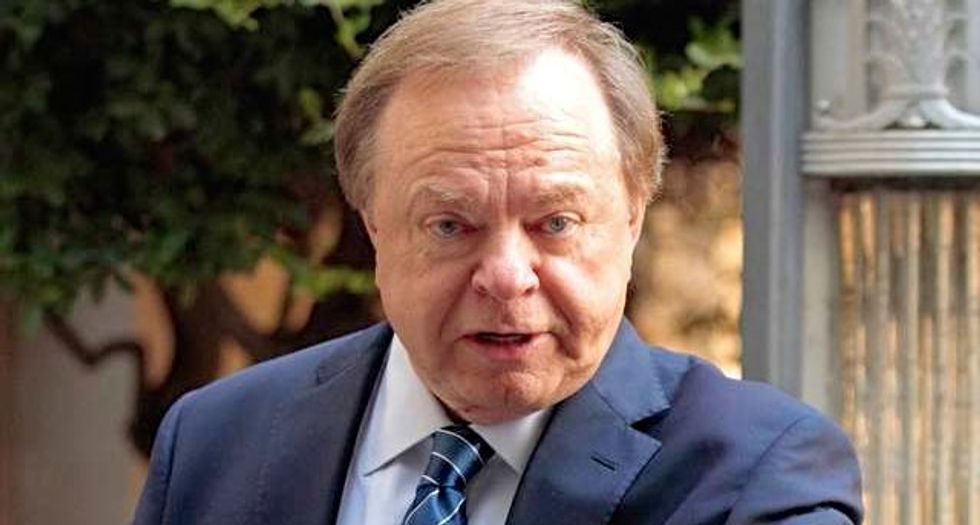 Continental Resources Chief Executive Harold Hamm is at the top of President-elect Donald Trump's list to serve as energy secretary, according to U.S. Representative Kevin Cramer of North Dakota, a Trump energy adviser who confirmed he is also under consideration for the job.

Hamm, 70, became one of America's wealthiest men during the U.S. oil and gas drilling boom over the past decade, tapping into controversial hydraulic fracturing drilling technology to access vast deposits in North Dakota's shale fields.

Continental spokeswoman Kristin Thomas said, "There has never been a conversation" between Trump and Hamm about the position. She declined to speculate on how Hamm would respond if asked to take the job.

People close to Hamm were mixed on the possibility.

"I think Harold would be great in the (Energy Secretary) job. If the president calls, I think he would do it," said Mike Cantrell, a former vice president of government affairs at Continental who remains close to Hamm.

Another prominent U.S. oil and gas executive who knows Hamm and asked not to be named, however, said he doubted Hamm would be willing to leave Continental and may be more interested in having a strong say in who gets the job.

Aside from Hamm and Cramer, Trump's short list for energy secretary also includes venture capitalist Robert Grady, who served as associate director for Natural Resources, Energy and Science in President George H. W. Bush's Office of Management and Budget, according to Cramer and two other sources with knowledge of the situation.

If Hamm is nominated, the Oklahoman would be the first U.S. energy secretary drawn directly from the industry since the cabinet position was created in 1977, a move that would jolt environmental advocates but bolster Trump's pro-drilling energy platform.

Trump, a Republican who will take office on Jan. 20 and succeed Democratic President Barack Obama, is also working to fill other top administration jobs in the coming weeks.

Hamm addressed the Republican convention in July, calling for expanded drilling and saying too much environmental regulation threatened to limit U.S. oil production and increase the country's dependence on Middle East oil producers.

Past heads of the U.S. Department of Energy, which is charged with advancing U.S. energy security and technology, including nuclear weapons production and labs, have typically boasted a political or academic background.

Dan Eberhart, a Texas oil investor and Republican party financier who has worked with Hamm and has had conversations with the Trump campaign, said, "I know Hamm is being seriously considered. And I know that he wants it."

A former Capitol Hill staffer who knows both Hamm and Cramer said he thought Trump would be wise to favor the North Dakota congressman, a self-described climate change skeptic who has a history of supporting the oil, gas and coal sectors.

"Both Hamm and Cramer would be fantastic choices, but I think Cramer brings more balance and stability," he said, asking not to be named.

This is not the first time Hamm has been in contention for the job.

The Republican Party's presidential nominee in 2012, Mitt Romney, vetted Hamm to be energy secretary but ultimately decided against him because the two men have differing positions on renewable energy sources like wind.

Hamm made headlines in 2015 after settling a protracted divorce case and agreeing to pay his ex-wife $975 million - reported to be one of the biggest divorce settlement in history.