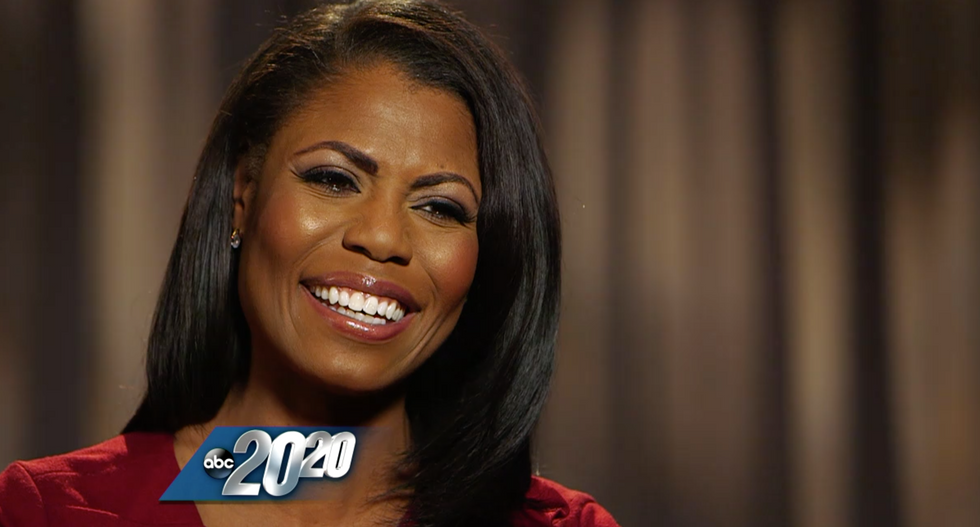 In a teaser for the upcoming ABC 2020 special Making of a Presidency, “Apprentice” contestant Omarosa Manigault explained her comments that critics of Donald Trump “will have to bow down” to his presidency.

“Every critic, every detractor, will have to bow down to President Trump,” Manigault said during a Frontline interview in September. “It’s everyone who’s ever doubted Donald, who ever disagreed, who ever challenged him. It is the ultimate revenge to become the most powerful man in the universe.”

Asked about her “intense” language, Manigault clarified she was speaking her “opinion” and “it wasn’t an official statement from the Trump campaign.”

“Let’s just say,” she continued, “the list of people who’ve turned on him, who’ve gone from friend to foe, is so incredibly long. The list of people who have mocked him—I mean, Mitt Romney held an entire press conference, and gave a 20 minute speech calling Donald Trump a con man and a fraud.”

Manigault went on to say Romney is the “one person who should read that quote over and over again.”

Watch the video below, via ABC.