Oregon school’s only black girl keeps finding ‘go back to Africa, n****r’ notes in her binder 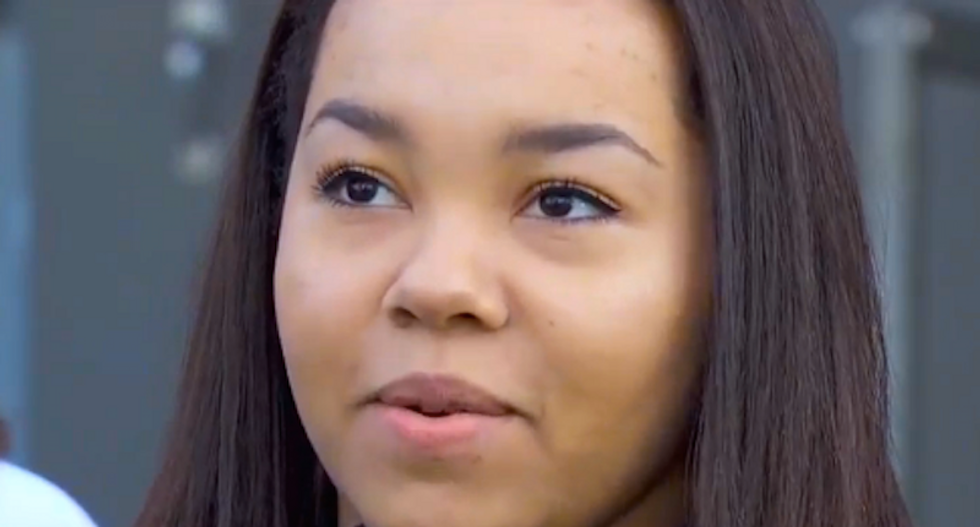 Someone has been leaving racist messages in a binder that belongs to the only black girl at one Oregon high school.

"I was in my class getting ready for a test and I opened my binder to get some supplies, and I saw a note and it had the N-word on it and I immediately went to the office and called my mom, and she came in and talked to the principal," Simmons told the TV station.

This time, Simmons and her mother, a local activist, asked for help from Terresa Raiford, the lead organizer for the civil rights group Don't Shoot Portland.

Raiford plans to ask federal authorities to investigate the incidents, saying they are part of a broader nationwide trend.

"We can't have the luxury of taking these issues and putting them on the back burner," Raiford said. "We see with the Trump presidency that racism is alive and well."

A recent survey conducted by the Southern Poverty Law Center found 2,500 "negative incidents" of bigotry and harassment since the election, and frequently those reports involved students taunting classmates with variations on Trump’s campaign rhetoric.

Students at nearby Oregon City High School walked out of classes Oct. 27 to protest several incidents of racism at their school, and a spokesman for the school district promised a thorough investigation of Simmons' claims.

"The Oregon City School District will be consulting with outside agencies to ensure that we fulfill our obligation to adequately address this incident," the spokesman said. "It is our duty to provide a safe learning environment for all students and we welcome the assistance of community partners."

The spokesman declined to say whether any students have been disciplined for the notes, but Simmons and her mother are satisfied with the district's response so far.

"I feel good because I know that he is trying to help in as many ways as he can," Simmons said.