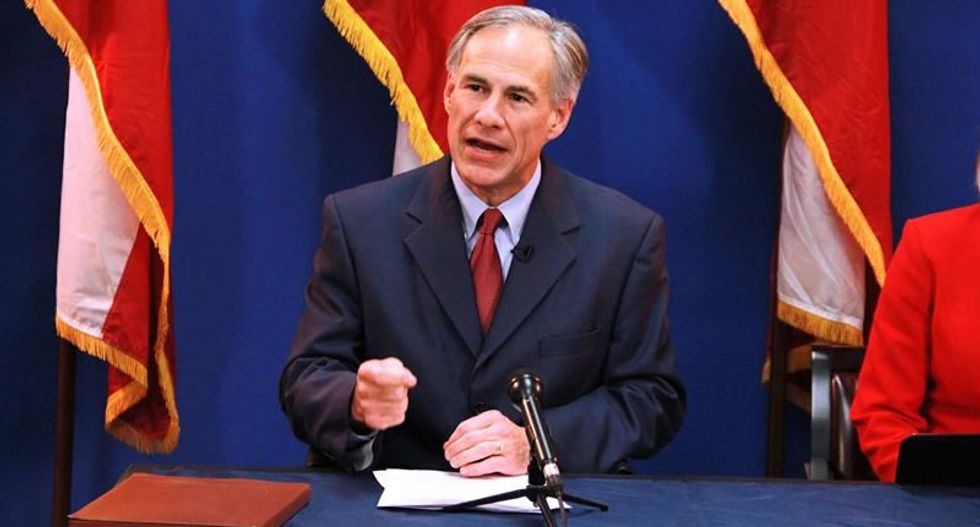 One week since Election Day, and Texas Republicans are already hard at work to roll back abortion rights and LGBTQ rights in their state, the Austin Chronicle reports.

Namely, the Texas GOP has filed three restrictive abortion bills and one anti-LGBTQ bill. The anti-rights Texas GOP is following suit with a disastrous abortion bill similar to one that Vice President-Elect Mike Pence signed off on as governor of Indiana earlier this year.

The bill that they introduced would force people to essentially have a funeral for their fetal remains by cremating or burying them in the case of an abortion of miscarriage.

Abortion providers could face a fine of up to $1,000 and could potentially lose their licenses to practice if they don't follow the provision. When the same law was signed in Indiana, the ACLU and Planned Parenthood responded with a lawsuit, claiming that the law was unconstitutional.

The Indiana law led to "Periods for Pence," — now "Periods for Politicians" — which called on people who have periods to call Pence's office (and later the Trump headquarters) to disclose information about their menstrual cycle and reproductive health.

Further bills have been drafted in Texas as well. One bill would roll back the exception currently in place that allows patients to receive an abortion in the case of "severe, irreversible fetal abnormalities."

When it comes to LGBTQ rights, Texas senators are working on passing a bill that "would prevent a city, county, or political subdivision from adopting or enforcing anti-discriminatory protections 'on a basis not contained in the laws of this state.'"

At present, Texas law does not offer legal protection against discrimination based on sexuality and gender. Republican legislators are also looking at measures like North Carolina's Public Facilities Privacy & Security Act that would target the Transgender community.

Speaking on these proposed bills, Texas Rep. Celia Israel said, "Bills designed to embarrass transgender Texans are social bills that only serve to divide us when we should be working together."

Texas has already enacted a series of abortion restrictions over the last decade, including limited access to clinics. In 2011, for instance, 93 percent of Texas counties did not have an abortion clinic, according to the Guttmacher Institute.

Rep. Donna Howard noted that in regards to the latest round of restrictive abortion legislature, "We’re prepared to do what we need to do to prevent the continuing erosion of women having control of their own bodies and making decisions about their own families."