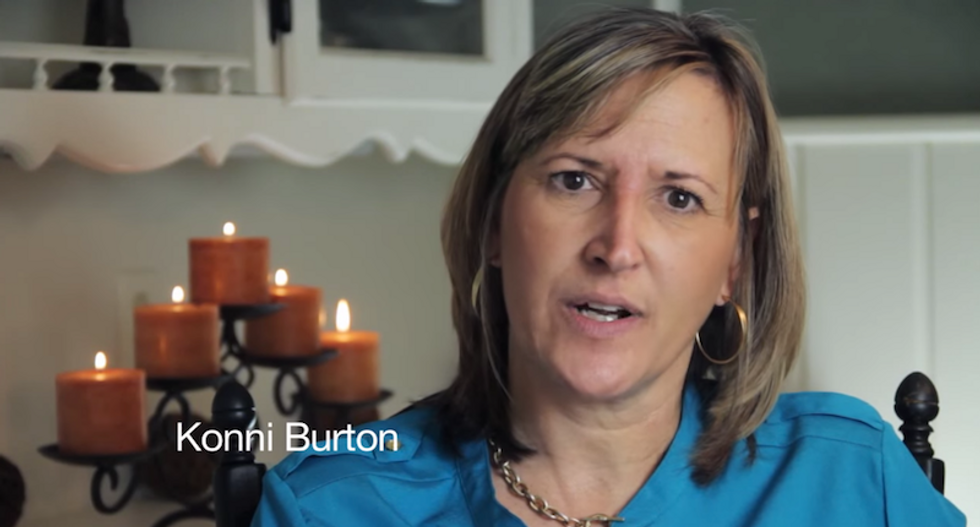 The Texas GOP has been hard at work since the election. Republican legislators have already started pushing restrictive abortion and anti-LGBTQ bills in recent days.

Tea Party state Sen. Konni Burton has added to the list of anti-LGBTQ legislation after filing a bill that would force educators in public schools to disclose their students' sexualities to their parents, the New Civil Rights Movement reports.

Senate Bill 242 notes that personal information about a child, including their gender identity and sexuality, must be disclosed to their parents, otherwise educators risk facing disciplinary action.

According to the bill's language, parents are entitled to all records "relating to the child’s general physical, psychological or emotional well-being."

LGBTQ youth in Texas then run the risk of being placed in "reparative therapy" programs — otherwise known as "conversion therapy" — which are administered on the basis that homosexuality is a mental health issue.

In recent days, the Texas GOP also introduced a bill that "would prevent a city, county, or political subdivision from adopting or enforcing anti-discriminatory protections ‘on a basis not contained in the laws of this state.'"

Texas law currently does not provide legal protection against discrimination based on one's gender or sexuality.

Similarly, Republican legislators in the state are also expected to introduce a bill similar to North Carolina's bathroom bill, which has come under fire for targeting the state's transgender community.

The Texas GOP is expected to consider dozens of anti-LGBTQ bills come January when the Texas Legislature convenes.