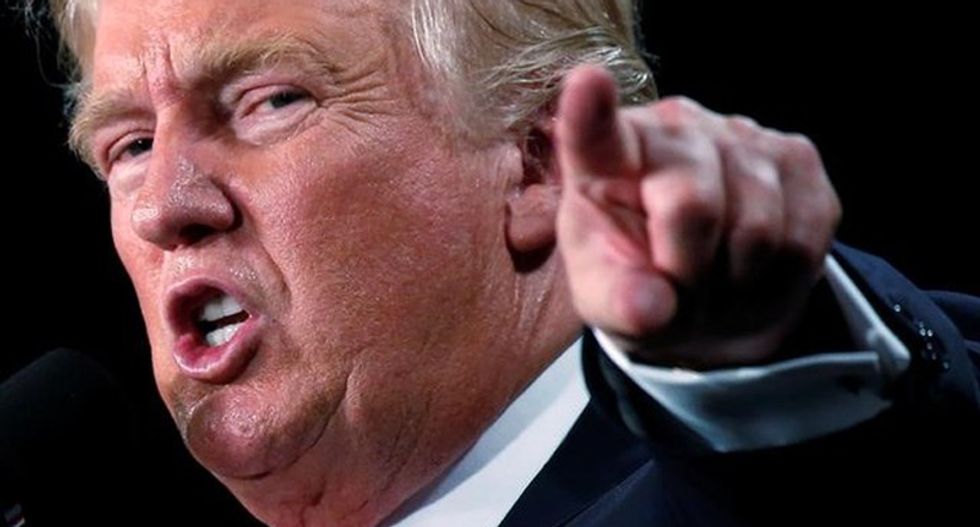 If non-Americans could vote for what is often called “leader of the free world”, Hillary Clinton would easily be the next US president. WIN/Gallup has surveyed world opinion and Donald Trump’s support is extremely weak (apart from in Russia). Trump support was polled at 15 per cent in Australia, 8 per cent in Germany, 5 per cent in Mexico, 4 per cent in Spain, and 3 per cent in Jordan, Japan and South Korea.

Some of this has to do with what Trump has flagged as his possible foreign policies: the Japanese and South Koreans are key allies one day, and on their own the next day with encouragement to nuke up. Mexicans have been told they are going to pay for that “tremendous wall” along their roughly 3200-kilometre border with the United States, which would cost approximately US$12 billion to build. This boast was unlikely to win Mexicans over to Trump.

However, while there is widespread disapproval of Trump’s nationalist, protectionist and racist policies, it is his persona that most repels non-Americans. Trump is strongly disliked across the world because he is the archetypal “ugly American”: obnoxious, uncouth, boastful, materialistic, and duplicitous.

I am writing a book on negative stereotypes about Americans, and Trump is the gift that keeps on giving for the project. He is one of those Americans that foreigners have instantly strong opinions about. When George W. Bush ran for the presidency, and when Sarah Palin was chosen by Senator John McCain as his presidential running-mate, there was a mountain of criticism around the globe about their ignorance and parochialism.

People everywhere seemed to be saying – based on very little information – “I know this kind of American and I do not like them”. This reaction occurs because there is a long-standing stock of stereotypes about Americans that go back to the early 19th century, instantly available to animate one’s feelings.

In terms of manners, Trump is the schoolyard bully as CEO. Trump’s bad manners could generously be viewed as anti-elitist populism challenging the failing status quo. But many outside the US view them as the crude rantings of a narcissist.

Forget Trump’s Wharton School MBA – and his boast that “I know words, I have the best words”. When it comes to uncouth anti-intellectualism, Trump with his simplistic solutions, his lowest common denominator attacks on his political opponents, and his constant disregard for experts and their findings, makes him top of the class of loud-mouthed American bloviators for many. In an earlier American generation, such rhetoric was associated with the Know-Nothing anti-immigration movement.

The third stereotype - that Americans are sameish and live bland lives - would seem at first glance to miss the mark with Trump. This view of Americans is that their lives, to quote Alexis de Tocqueville, are particularly “unpoetic” and that they live by clichés and hollow catchphrases like “have a nice day”. If one takes a deeper look at Trump and his enterprises, he has a remarkable talent for making glamour bland and soulless. Behind all the bluster, Trump’s vocabulary is repetitive and dull as he repeats the same platitudes and self-praise over and over. And for all of his money, the Trump diet consists of lots of McDonald’s meals, extremely well-done crispy steak, diet cola, and no alcohol. In a world where eating a variety of food has become commonplace, Trump’s diet lacks sophistication and imagination. It is not only unhealthy, but many around the world would see it as trashy.

When it comes to boasting, Trump is constantly self-congratulatory and arguably the biggest self-promoter in living memory. His patriotism is wrapped up in his claim that America will get so used to “winning” everything under a Trump presidency it will get sick of winning.

He vaingloriously promotes his poll numbers, his primary victories and the dismissal of his opponents as “so easy to beat”.

His claim to have “made it” financially is central to Trump’s appeal to many Americans that one sees interviewed on television. However, outside of America, boasting about your wealth and fame is still largely seen as gauche.

Lastly, the saying that “those in glasshouses should not throw stones” is something that never occurs to Trump. Being a hypocrite clearly does not concern him and this is one of those infuriating traits that makes him so strongly disliked from Norway to Chile.

It is tempting to proclaim that Trump is very familiar to us because he embodies the worst things about Americans. However, these traits are apparent across the world.

Trump therefore is not merely an “ugly American” but is an amplification of commonplace cultural trends. Those that Trump exemplifies, such as narcissism, self-centredness, gnat-like attention spans, obsessive self-regard, preoccupation with the number of followers one has and a lack of interest in listening to others, are trends that are easy to pass off as particularly “American”.

But if we are honest, this behaviour is all around us. To prevent the next Trump - and there will be more - requires challenging the sources of selfishness in much of modern culture that are everywhere and seemingly on the rise.