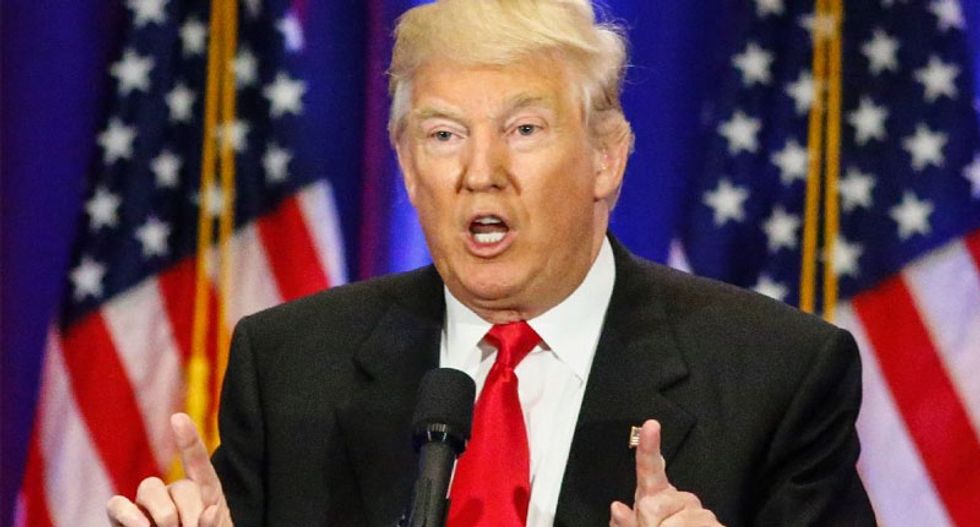 The playwright Arthur Miller mused in 1961: “A good newspaper, I suppose, is a nation talking to itself.” The assertion seems oddly quaint now – at a time when the US elected a president who was continually at odds with the press. Donald Trump intentionally positioned himself as an outsider of the established institutions of democratic deliberation.

Trump bypassed the media to connect directly with his supporters, while simultaneously benefiting from the media to spread his message. Supporters and opponents became the media themselves, spreading and amplifying subjective and emotional affective news – news designed to provoke passion, not inform.

The triumph of Trump signals the contested nature of the media due to tectonic shifts in the mechanisms and pathways for news. The once privileged position of media organisations as the primary gatekeepers of news flows to the public has been undermined by the industry’s economic woes, the emergence of digital information merchants, shifting audience practices and the spread of social media platforms. The ability to decide “all the news that’s fit to print” is shared now between traditional and new media outlets, activist groups, celebrities, citizens and computer code. News exists in a contested, chaotic and circular environment where emotion often overrides evidence, fuelling the rise of polarised, passionate and personalised streams of information. As newsrooms across “Middle America” are hollowed out, most new digital media outlets are concentrated along the blue-tinged coasts of east and west. The result is a media that only sees a wide swath of US voters from 35,000 feet, as it flies overhead from one coast to the other. These voters did not see themselves reflected in the mainstream media and instead identified with Trump’s outsider message of defiance. The loss of influence is even more apparent given the high number of newspapers that endorsed Hillary Clinton. Endorsements do not define the outcome but can help to build momentum behind a candidate.

The waning authority of newspapers is unsurprising given that no more than 3% of Americans named local and national print outlets as the most helpful source for election news. News websites fared slightly better, cited by 13%. Instead, cable news and social media emerged as the two “most helpful” sources of election news. Arguably, they were also the worst. Cable news is a misnomer. These networks are not in the business of evidence-based reporting. They are in the emotion business. And emotion sells. Ratcheting up anger and outrage on cable makes business sense. Trump’s fiery and obnoxious rhetoric was a ratings bonanza, spurring a growth in viewership for the first time in three years and, with it, rising revenues. Viewers tune into the channel that mirrors their personal political leanings, as audiences gravitate towards media that reflects and reinforces their biases and beliefs.

Social media offers a space for voters to find, support and share facts, falsehoods or feelings. The impact of Facebook is remarkable given that more than 40% of Americans get their news from the social media behemoth. Facebook doesn’t just bring together audiences for the news. It shapes the news for audiences, drawn from the choices of their social connections and regurgitated by algorithms to match personal preferences. It is a space designed to envelop users in the cosy embrace of the familiar, not challenge misinformed views or address unsubstantiated rumours.

Fake news: this never happened but plenty thought it did. Snopes.com

Conspiracy theories about politics flourish on social media, where the currency is virality not truth. People will share false information if it fits their view of the world. Even if some don’t quite believe it, they will share an article with the aim of entertaining, exciting or enraging friends and acquaintances. Fake news spreads so fast that potentially hundreds of thousands of people could have seen it by the time it gets debunked. Facebook was criticised for failing to stem the rise of fake news before the election results came in, with even Barack Obama talking about a “dust cloud of nonsense”.

When everyone can be the media, both left and right sought to be the media. Sometimes it was through the use of automated propaganda bots on Twitter. One study found bots were behind 50-55% of Clinton’s Twitter activity. That’s nothing compared to the 80% for Trump. Such frenzied tweeting is intended to create the impression of a groundswell of public opinion. At other times, it was engaged publics who took to social media to craft their own election narrative. For example, Clinton supporters appropriated the #nastywoman hashtag to show their support for a female candidate. Trump supporters took to #repeal19, the amendment that gave women the right to vote.

Such a media diet of affective news designed to stir up passions, feed prejudices and polarise publics is a far cry from the practices of institutional journalism. Reporting is kept separate from opinion and commentary. Facts are prized, with emotion finding its place in features, rather than the news. Looking back, facts never stood a chance.

Beyond the weaknesses and failings of the news industry, in a smackdown between emotion and evidence, emotion always wins. Audiences swim in a media blend of tumbling facts, comment, experience and emotion, resulting in a news cocktail tailored to individual tastes.