A woman who accused Republican nominee Donald Trump of raping her when she was 13 years old has officially dismissed her own lawsuit, Jezebel reports.

The accuser, who has used the pseudonym's "Jane Doe" and "Katie Johnson" claimed that Trump raped her in 1994. She first filed a lawsuit against the real estate mogul in California last year, and re-filed it in New York in June.

Doe was scheduled to come forward on November 2 at a press conference with attorney Lisa Bloom but cancelled the event abruptly, citing that "she's too afraid to show her face," and is "living in fear."

On Friday afternoon, Doe dismissed her lawsuit altogether but did not offer any insights into why.

Lisa Bloom wrote in a statement on Facebook, "Jane Doe instructed us to dismiss her lawsuit against Trump and Epstein today. Tough week for her. We wish her well."

Bloom also provided a link to the filing, which you can view below. 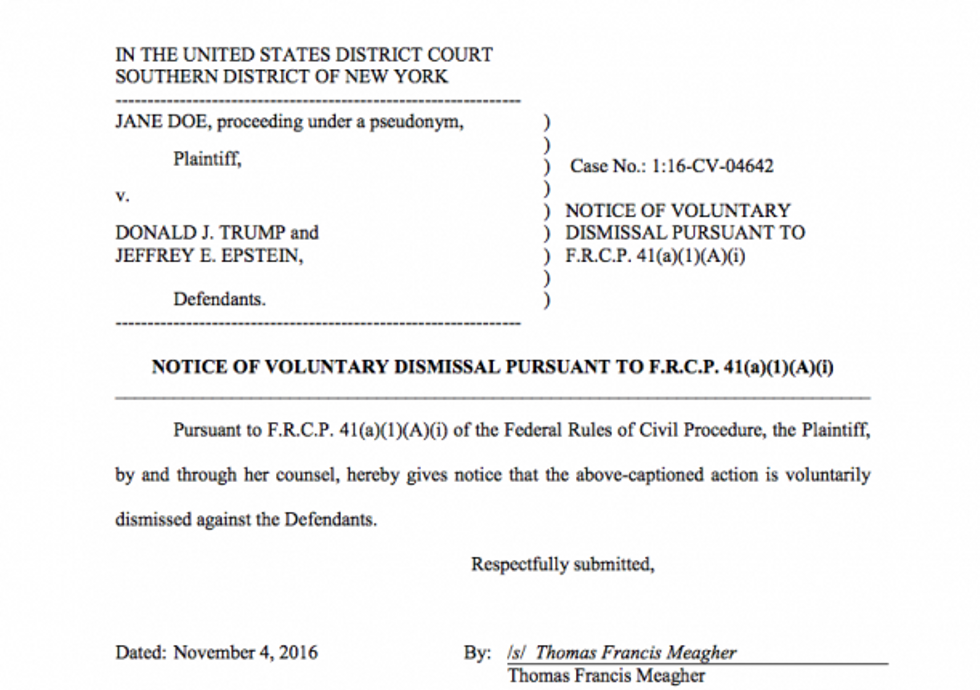