Trump is an avowed sinner -- so why did American evangelicals vote for him? 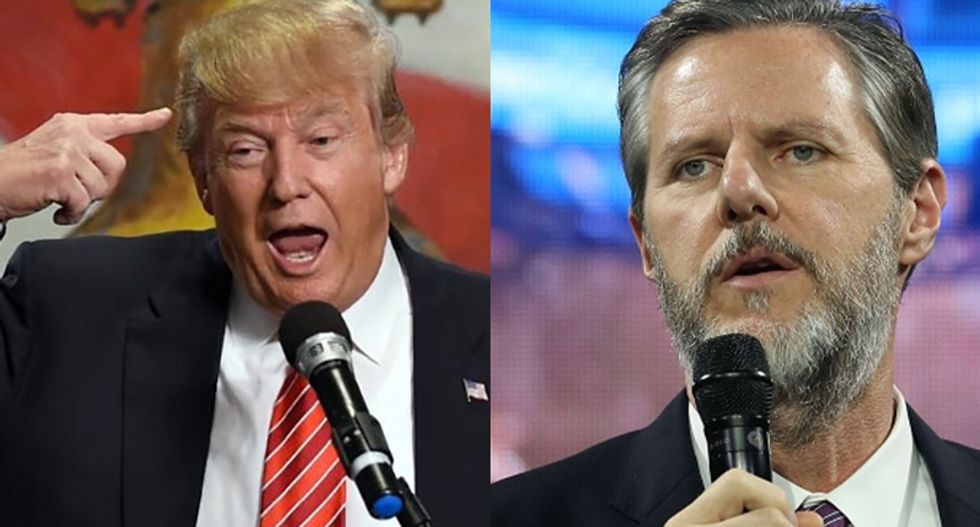 Evangelicals, or born-again Christians, account for approximately 25.4% of the US population – and Donald Trump should thank them for their support. Exit polls show that roughly 80% of white evangelicals voted for Trump. That percentage is even higher than what George W. Bush received from the faithful in 2000 and 2004.

Clearly, Baptists, pentecostals, charismatics, and others were willing to overlook Trump’s myriad sins: the misogyny, the implicit and explicit racism, the religious bigotry, his remarks about never having asked God for forgiveness. On the whole, they thought, Trump would uphold their values.

Trump’s running mate Mike Pence fought a hard battle as governor of Indiana to maintain that state’s Religious Freedom Restoration Act, which relaxes anti-discrimination restrictions on businesses. The Pew Research Center reports that “evangelicals also overwhelmingly prefer Trump to Clinton when it comes to handling a wide variety of specific issues, from gun policy to the economy, terrorism, immigration and abortion”.

White evangelicals made their decision as the American political landscape darkened noticeably. Sure, mudslinging, character assassination, and downright nastiness have long been part of the dark art of politics in the US since the days when candidates wore knee breeches and powdered wigs. What’s different now is that the nastiness emanates from the candidate himself. In years gone by, largely anonymous party hacks did the dirtiest work; in 2016, Trump did it himself.

And yet, millions of conservative white Christians turned out for him. Why?

Their willingness to forgive Trump his sins was no secret. During the firestorm over the Access Hollywood tape in which Trump bragged about his sexual prowess and lewd attitudes towards women, Jerry Falwell, Jr. proclaimed: “We’re all sinners, every one of us. We’ve all done things we wish we hadn’t.”

To further allay fears of those within the fold, Franklin Graham, son of famous evangelist Billy Graham, assured fellow believers that everyone has sinned, and that God had used many individuals in the Bible who had deep flaws, including King David and Moses. Perhaps they now hope the Trump presidency will turn out to be little short of a true Biblical epic. 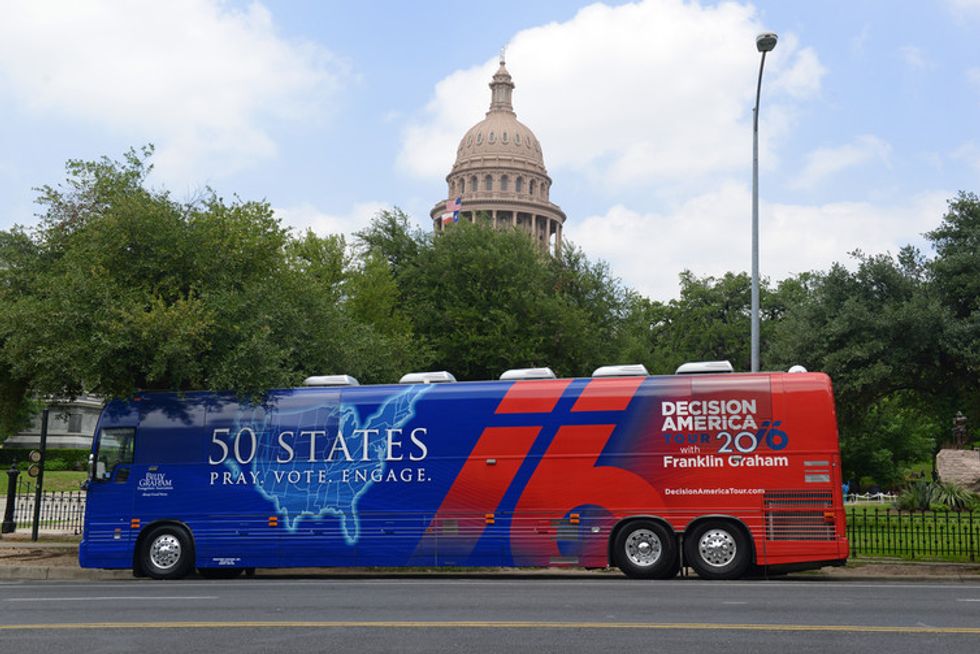 After the election, Graham’s Facebook page said that the massive Republican victory had divine roots. “Political pundits are stunned,” he wrote triumphantly. “Many thought the Trump/Pence ticket didn’t have a chance. None of them understand the God-factor.”

But there was something else at work besides the “God-factor”, something that doesn’t get covered in the press all that much: Trump is as committed a knowledge-denier as many of the evangelicals are.

For years, evangelical Christians stood firm on the front lines of the culture war, which they regarded as a fight against the agents of secularism, pluralism, political correctness and science. To paraphrase Michael Gove, Britain’s former justice secretary and staunch Brexit campaigner, evangelicals have long been saying: we have had enough of experts.

With the far-right Breitbart News Network in his corner, Trump grounded his campaign in conspiracy-driven politics and bold-faced lies. Before voting in the primaries even began, the University of Pennsylvania’s FactCheck.org reported that:

In the 12 years of FactCheck.org’s existence, we’ve never seen [Donald Trump’s] match … He stands out not only for the sheer number of his factually false claims but also for his brazen refusals to admit error when proven wrong.

Approximately 64% of white evangelicals reject human evolutionary science; like Pence has done, many of them also promote what’s known as “conversion therapy”, pseudoscientific treatments purported to “cure” people of homosexuality; and they lash out at the “liberal media” and the professorial overlords of left-leaning colleges and universities. Evangelicals believe that Trump will protect them from the onslaughts of secularism at a time when traditional Christianity is losing ground in the US.

In 2015, 37% of evangelicals polled said “there is no solid evidence that the earth is getting warmer”. Another 33% believed that global warming is happening, but that it is not caused by human activities. They probably cheered at the sight of a notorious Trump tweet from 2012, which read: “The concept of global warming was created by and for the Chinese in order to make US manufacturing non-competitive.”

The concept of global warming was created by and for the Chinese in order to make U.S. manufacturing non-competitive.
— Donald J. Trump (@Donald J. Trump)1352229352.0

Perhaps not wanting to disappoint the devout, Trump has just named arch-climate change denier Myron Ebell to head his Environmental Protection Agency transition team. White evangelicals may also be elated to know that fellow Christian conservative and former Alaska governor Sarah Palin, of “drill, baby, drill” fame, is being considered for Secretary of the Interior.

And so here we are, at the end of what the New York Times recently called an “exhausting parade of ugliness”. That’s an apt description – but this particular parade has now been extended by at least four years. We can expect Trump to stay vulgar, cavalier and ill-informed once he’s sworn in as president in January 2017. He will keep up his brazen denials of truth, keep pandering to the bitter angels of the white mob’s nature, and keep piling on the invective.

Evangelicals, like many others who voted Republican on Tuesday, see in Trump a powerful, non-establishment figure, who will shake up Washington and champion their values. In a matter of months, the scales may fall from their eyes.