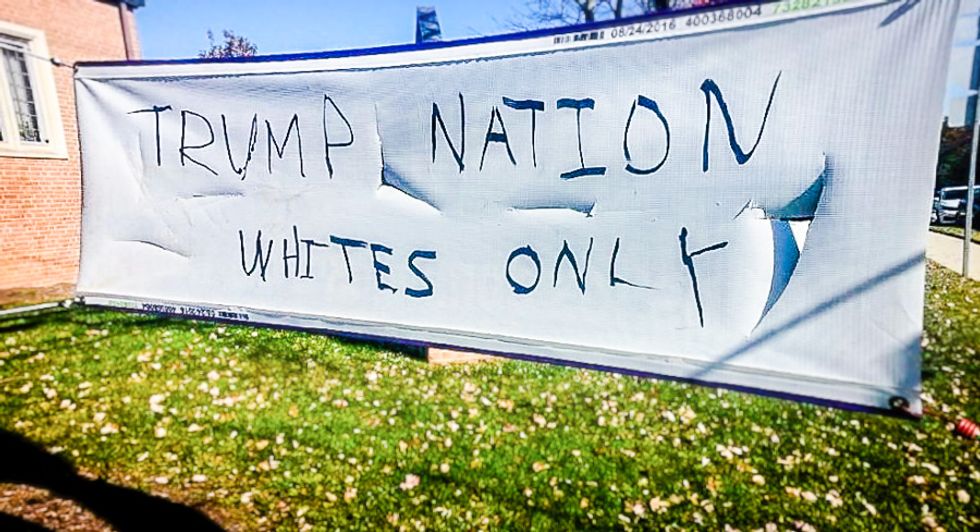 Pro-Trump graffiti found at Episcopal Church of Our Savior in Silver Spring, Maryland

A predominately-immigrant church in Maryland was defaced with racist graffiti over the weekend by fans of President-elect Donald Trump.

WJLA reported that the vandals struck Episcopal Church of Our Savior in Silver Spring on Saturday night. A sign reaching out to the Hispanic community was defaced to read: "Trump Nation whites only."

The message was also scrawled on one of the church's exterior walls.

Church Rector Robert Harvey told WJLA that the church membership consisted of about 80 percent immigrants, including people from more than 50 countries.

"They're afraid," Harvey explained, noting that church members were aware of the countless incidents of racism across the country following Trump's election.

Harvey said that two white men were seen yelling racial slurs at Latina women across the street from the church last week.

"We believe we have work to do to help bring peace and reconciliation," he stated.