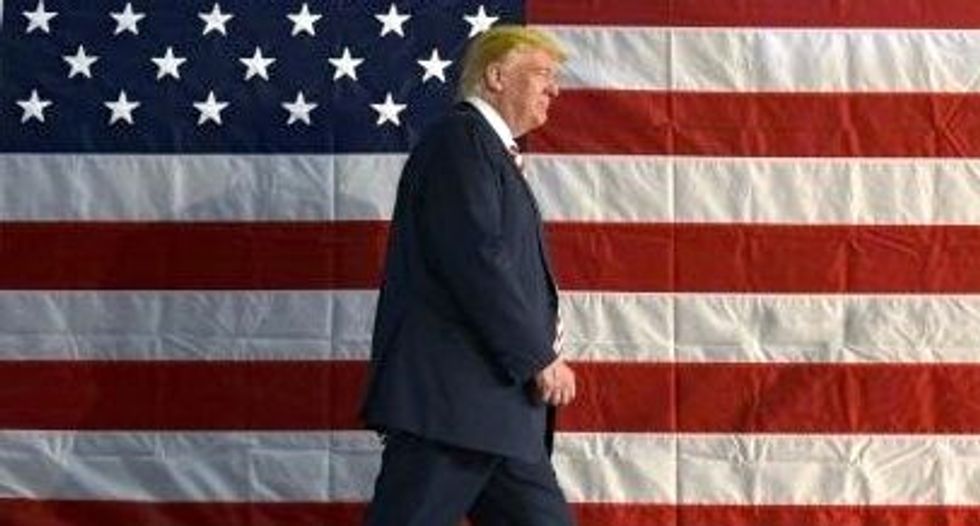 The election of Donald Trump symbolises the demise of a remarkable era. It was a time when we saw the curious spectacle of a superpower, the US, growing stronger because of – rather than despite – its burgeoning deficits. It was also remarkable because of the sudden influx of two billion workers – from China and Eastern Europe – into capitalism’s international supply chain. This combination gave global capitalism a historic boost, while at the same time suppressing Western labour’s share of income and prospects.

Trump’s success comes as that dynamic fails. His presidency represents a defeat for liberal democrats everywhere, but it holds important lessons – as well as hope – for progressives.

From the mid-1970s to 2008, the US economy had kept global capitalism in an unstable, though finely balanced, equilibrium. It sucked into its territory the net exports of economies such as those of Germany, Japan and later China, providing the world’s most efficient factories with the requisite demand. How was this growing trade deficit paid for? By the return of around 70% of the profits made by foreign corporates to Wall Street, to be invested in America’s financial markets.

To keep this recycling mechanism going, Wall Street had to be unshackled from all constraints; leftovers from President Roosevelt’s New Deal and the post-war Bretton Woods agreement which sought to regulate financial markets. This is why Washington officials were so keen to deregulate finance: Wall Street provided the conduit through which increasing capital inflows from the rest of the world equilibrated the US deficits which were, in turn, providing the rest of the world with the aggregate demand stabilising the globalisation process. And so on.

Tragically, but also very predictably, Wall Street proceeded to build unfathomable pyramids of private money (also known as structured derivatives) on top of the incoming capital flows. What happened in 2008 is something small children who have tried to build an infinitely tall sand tower know well: Wall Street’s pyramids collapsed under their own weight.

It was our generation’s 1929 moment. Central banks, led by US Fed chief Ben Bernanke, a student of the 1930s Great Depression, rushed in to prevent a repetition of the 1930s by replacing the vanished private money with easy public credit. Their move did avoid a second Great Depression (except for weaker links such as Greece and Portugal) but had no capacity to resolve the crisis. Banks were refloated and the US trade deficit returned to its pre-2008 level. But, the capacity of America’s economy to equilibrate world capitalism had vanished. 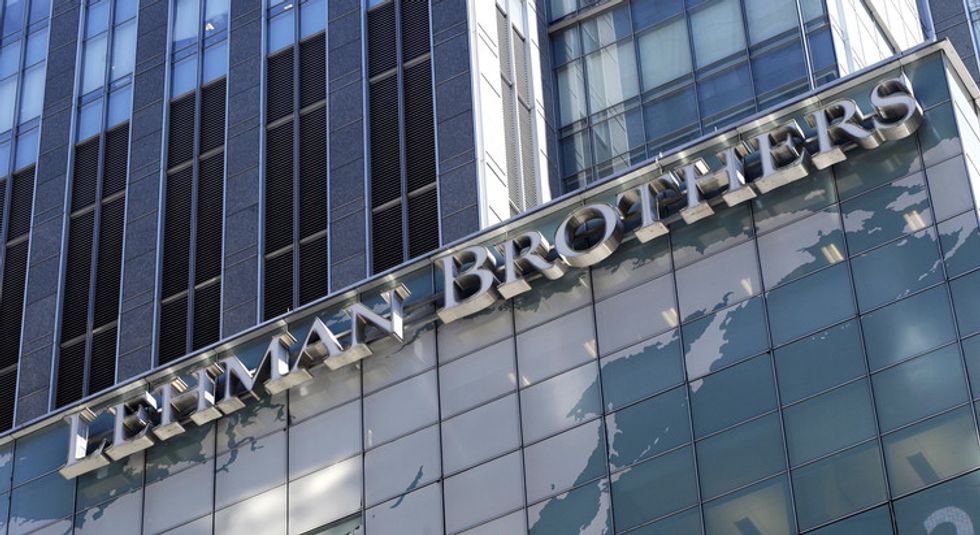 Lehman’s collapse kicked off the crisis.

The result is the Great Western Deflation, marked by ultra low or negative interest rates, falling prices and devalued labour everywhere. As a percentage of global income, the planet’s total savings are at a world record level while aggregate investment is at its lowest.

When so many idle savings accumulate, the price of money (ie. the interest rate), indeed of everything, tends to fall. This suppresses investment and the world ends up in a low-investment, low-demand, low-return equilibrium. Just like in the early 1930s, this environment results in xenophobia, racist populism and centrifugal forces that are tearing apart institutions that were the Global Establishment’s pride and joy. Take a look at the European Union, or the Transatlantic Trade and Investment Partnership (TTIP).

Before 2008, workers in the US, in Britain and in the periphery of Europe were placated with the promise of “capital gains” and easy credit. Their houses, they were told, could only increase in value, replacing wage income growth. In the meantime their consumerism could be funded through second mortgages, credit cards and the rest. The price was their consent to the gradual retreat of democratic process and its replacement by a “technocracy” intent on serving faithfully, and without compunction, the interests of the 1%. Now, eight years after 2008, these people are angry and are getting even. 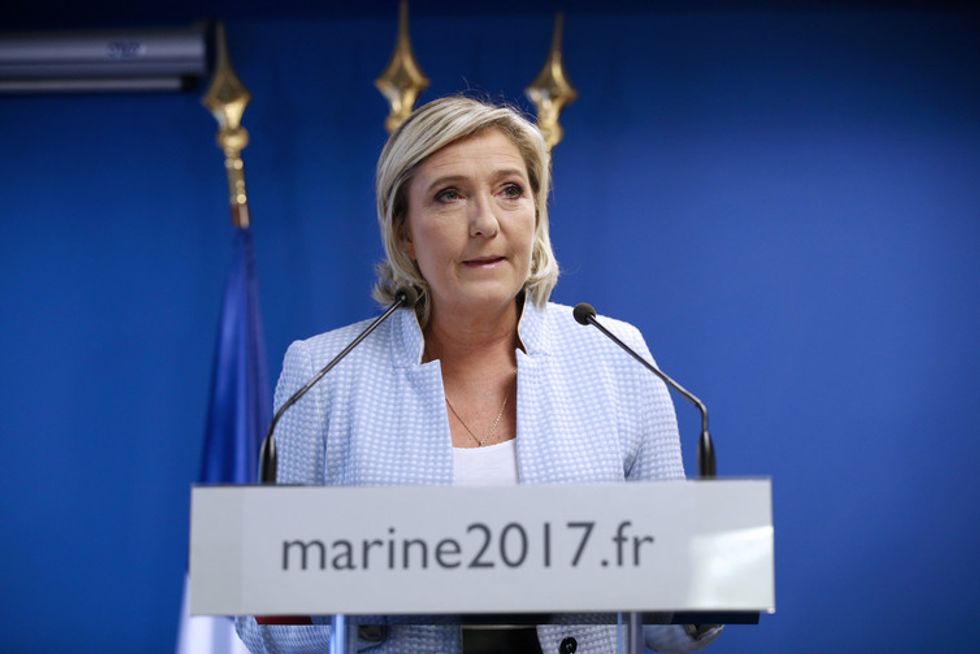 Trump’s triumph completes the mortal wounding this era had suffered in 2008. But the new era that Trump’s presidency is inaugurating, foreshadowed by Brexit, is not at all new. It is, indeed, a post-modern variant of the 1930s, complete with deflation, xenophobia, and divide-and-rule politics. Trump’s victory is not isolated. It will no doubt reinforce the toxic politics unleashed by Brexit, the undisguised bigotry of Nicolas Sarkozy and Marine Le Pen in France, the rise of the Alternative für Deutschland, the “illiberal democracies” emerging in Eastern Europe, Golden Dawn in Greece.

Just as in the 1930s, so too now a period of debt-fuelled Ponzi growth, faulty monetary design and financialisation led to a banking crisis that begat deflationary forces which bred a mix of racist nationalism and populism. Just like in the early 1930s, so too now a clueless establishment aims its guns at progressives, such as Bernie Sanders and our first Syriza government in 2015, but ends up being upended by belligerent racist nationalists.

Can the spectre of this Nationalist International be absorbed or defeated by the Global Establishment? It takes a great deal of faith to think that it can, in view of the Establishment’s deep denial and persistent coordination failures. Is there an alternative? I think so: A Progressive International that resists the narrative of isolationism and promotes inclusive humanist internationalism in place of the neoliberal Establishment’s defence of the rights of capital to globalise.

In Europe this movement already exists. Founded in Berlin last February, the Democracy in Europe Movement (DiEM25) is attempting to achieve that which an earlier generation of Europeans failed to do in 1930. We want to reach out to democrats across borders and political party lines asking them to unite to keep borders and hearts open while planning sensible economic policies that allow the West to re-embrace the notion of shared prosperity, without the destructive “growth” of the past.

But Europe is clearly not enough. DiEM25 is encouraging progressives in the US, who supported Bernie Sanders and Jill Stein, in Canada and in Latin America to band together into a Democracy in the Americas Movement. We are also seeking progressives in the Middle East, especially those shedding their blood against ISIS, against tyranny, and against the West’s puppet regimes to build a Democracy in the Middle East Movement.

Trump’s triumph comes with a silver lining. It demonstrates that we are at a crossroads when change is inevitable, not just possible. But to ensure that it is not the type of change that humanity suffered from in the 1930s, we need movements to spring out and to forge a Progressive International to press passion and reason back into the service of humanism.