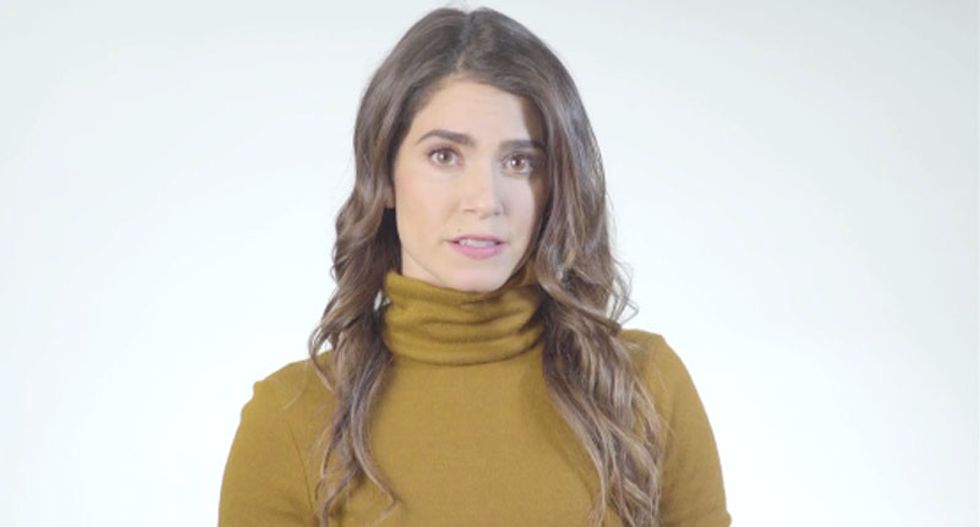 In a new ad by the pro-Clinton campaign Humanity for Hillary, Reed lays out the two choices presented in this “bruising” election: “a lifelong public servant; powerful, experienced, highly qualified to be the first female president of the United States,” or “a candidate who reminds us of the worst men in our lives.”

The video, written by theLi.st founder Rachel Sklar, invokes Donald Trump’s public and private treatment of women, which ranges from calling women “fat pigs” to boasting about, and allegedly committing, acts of sexual assault. Without mentioning the Republican nominee by name, Reed tears into the “men who saw a powerful woman and tried to block her rise, our rise.”

“They called us bitches, ball-breakers, gold-diggers, whores and sluts. And of course, fat and ugly,” she says. “And when they really wanted to insult us, they’d use the C-word.”

Referencing Donald Trump’s name-calling attack on Clinton during the final Presidential debate in October, Reed reminds “nasty women” that “we’re so close to putting all of that behind us—because nasty women vote.”

Then, deadpanning the camera, she issues her warning to the Republican nominee:

“So to Donald Trump and to ever man like Donald Trump who grabbed us, blocked up, who called us fat, unqualified, stupid, ugly and c*nt, we have one thing to say to you: C. U. Next Tuesday.

Can you spell? Good.”

Watch the video below, via Humanity for Hillary.