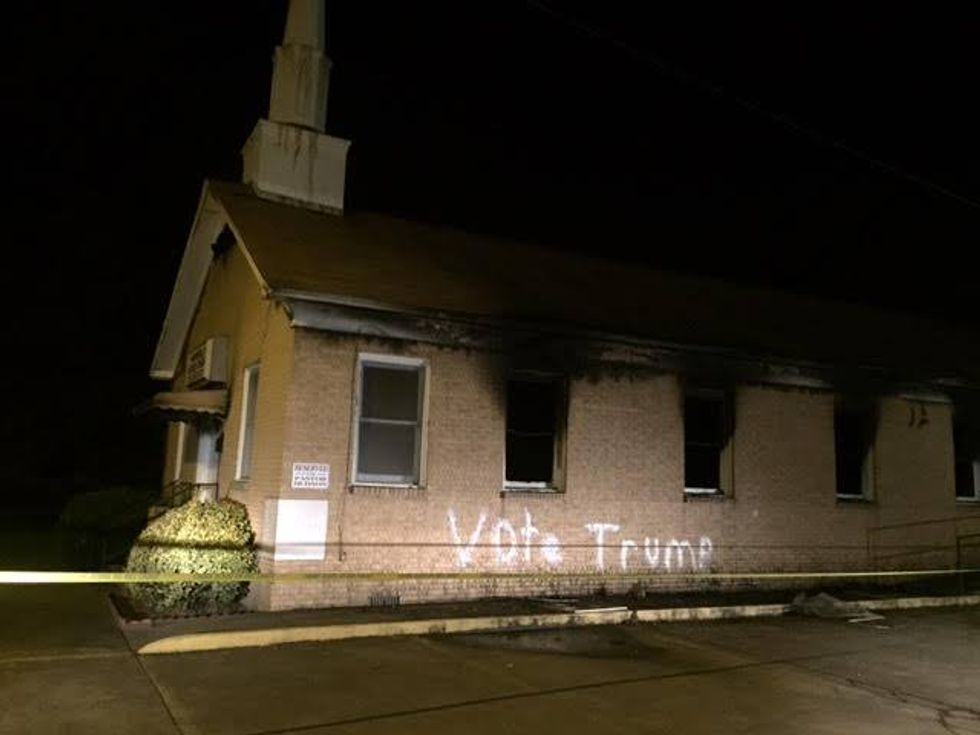 The Hopewell M.B. Church, which was burned and vandalized with a pro-Trump slogan (Source: Angie Quezada, Delta Daily News)

Vandals in Greenville, Miss. set fire to a black church on Tuesday evening -- and then spray painted a pro-Trump message on the side.

Local news station WLBT reports that the Greenville Fire Department received word of a fire at the Hopewell M.B. Church, a local black church. When they arrived on the scene, they not only found the church burning, but also found the words "Vote Trump" spray painted on the outside of it.