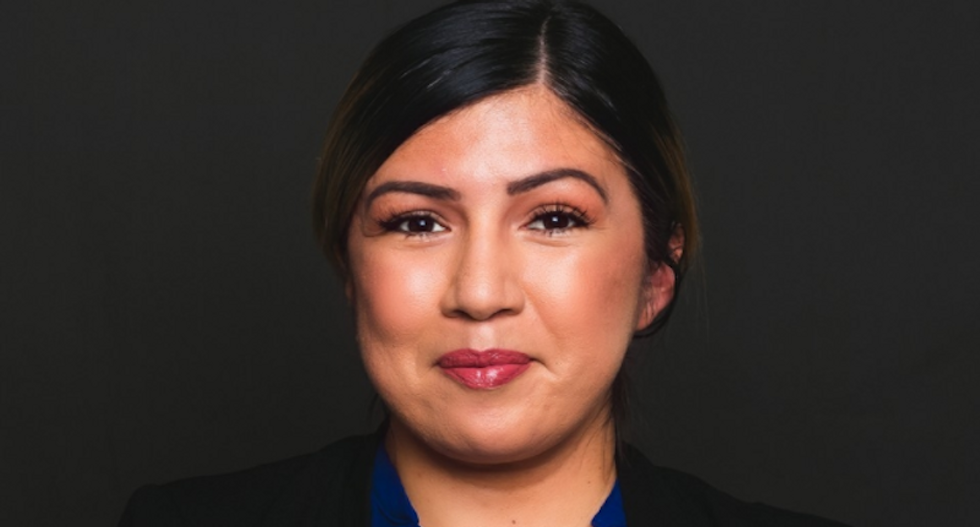 Sharlaine LaClair started receiving racist death threats via text message from an unknown number in the weeks leading up to the 2016 election, the Bellingham Herald reports.

LaClair, a member of the Lummi Tribe, was a Democratic candidate running for the Washington State House of Representatives. She ultimately lost to the Republican incumbent, Luanne Van Werven.

She reported the text messages to police in late October and the FBI identified Skip Edward Saunders of Lynden as the sender.

The text messages that Saunders allegedly sent to LaClair included the following:

“I’m voting Hillary: but if Donald (Trump) wins your (n-word) ass is going into an oven!”

The sender followed up in another message that read, “Legally.”

“You people (expletive) little boys in the smokehouse ceremonies. I was in the group with one of your (n-word) relatives.”

The sender also referred to LaClair's son as a “dumb piece of (n-word) (expletive),” and mentioned by name people that she knew and accused them of acting violently toward women.

Saunders was confronted by the FBI on November 2 and was charged with two felonies for cyberstalking and malicious harassment.

Last Thursday, he pleaded "not guilty" and was placed on bail for $10,000 but remains in jail. This is not the first time Saunders has engaged in similar activities.

LaClair said she hopes that Saunders gets help moving forward and spoke out against Donald Trump's victory. She said, "I think it emboldened people who were already racist. It made those people feel like it’s okay to say these things, in public."