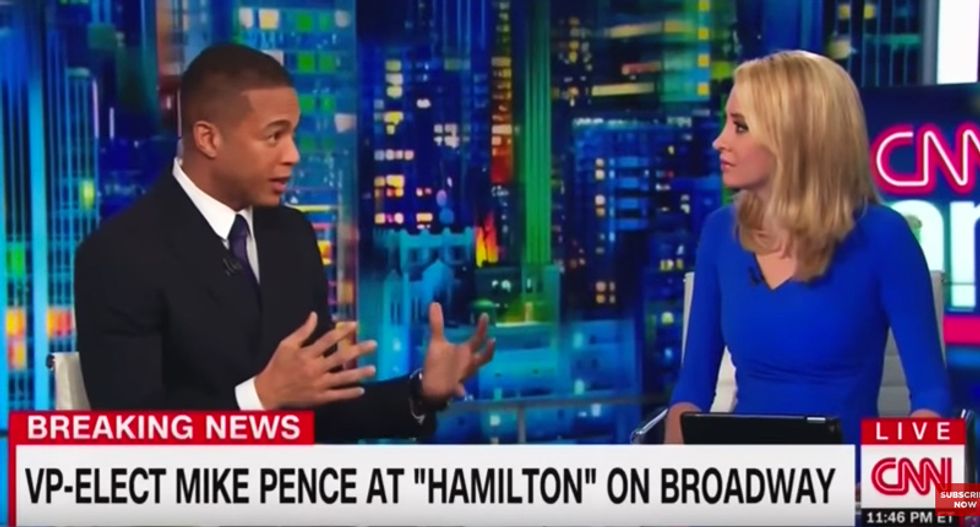 The vice president was roundly booed by the audience as he was escorted into the theater by the Secret Service and departed quickly when the show was over -- not sticking around to hear a statement from the cast hoping he learned something.

After panelist Angela Rye reminded McEnany that the show's new lead is an openly HIV-positive gay man, the Trump advocate attacked the "Hollywood elite, the media elite, the political elite" that she feels have disrespected President-elect Donald Trump.

Host Lemon, who is openly gay, pulled McEnany up short and attempted to explain to her that she was missing the point of people booing Pence who is notoriously homophobic and believes in reparative therapy that can convert gays to being straight.

"Can you imagine how that feels when Mike Pence, who has rallied and railed against gay people, and tried to shoot down and block gay legislation?" Lemon said before addressing the plea made to Pence "He's saying, 'I'm giving you a chance to give me a chance.'"

"His record shows that he does not love gay people," he emphatically added.

Watch the video below uploaded to YouTube by Mediaite: