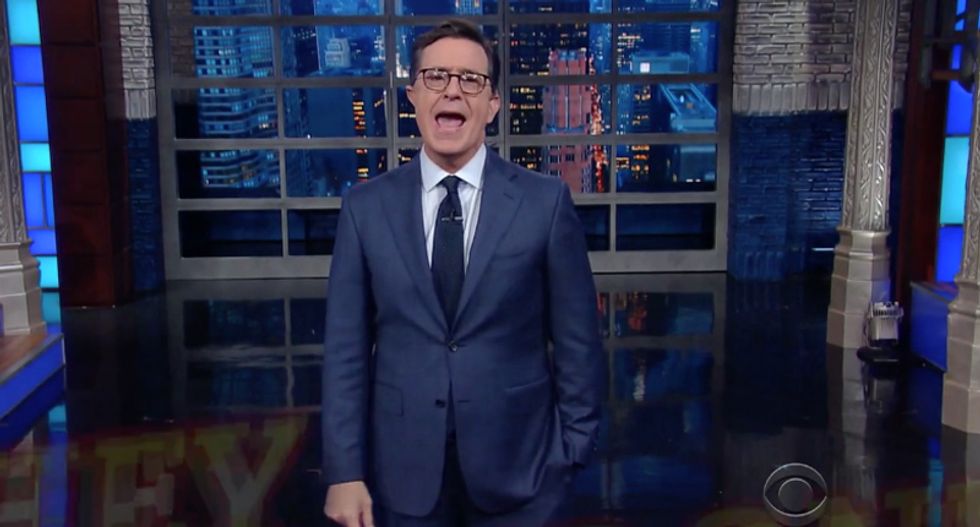 Late Show host Stephen Colbert jumped all over social media giant Facebook for allowing fake news to influence the election, only pulling the plug on the fraudulent clickbait websites after Donald Trump was elected.

"A lot of people think that Donald Trump won because of Facebook, partly because on Facebook, it's okay to poke without consent," the CBS host began. "But mostly because Facebook is full of fake news stories that get shared widely without being fact-checked. Like 'FBI agent suspected in Hillary email leaks found dead in apparent murder-suicide.' Or 'Bill Clinton's sex tape leaked,' and "Oprah tells Fox News host some white people have to die.'"

"Oprah would never say that to Fox News," he continued. "She'd put it on the cover of  O magazine."

According to Colbert, 44 percent of people get their news from Facebook which means that many American voters were woefully misinformed during the election season.

But, as Colbert noted, Facebook promised to eliminate fake sites from their news feeds -- but way too late.

"There is some good news," he explained. "As of today, Facebook will restrict these fake news sites. Now they're going to do it, so while we're at it, let me just close these barn doors so those stupid cows can't get back in."