What China's 'export machine' can teach Trump about globalization 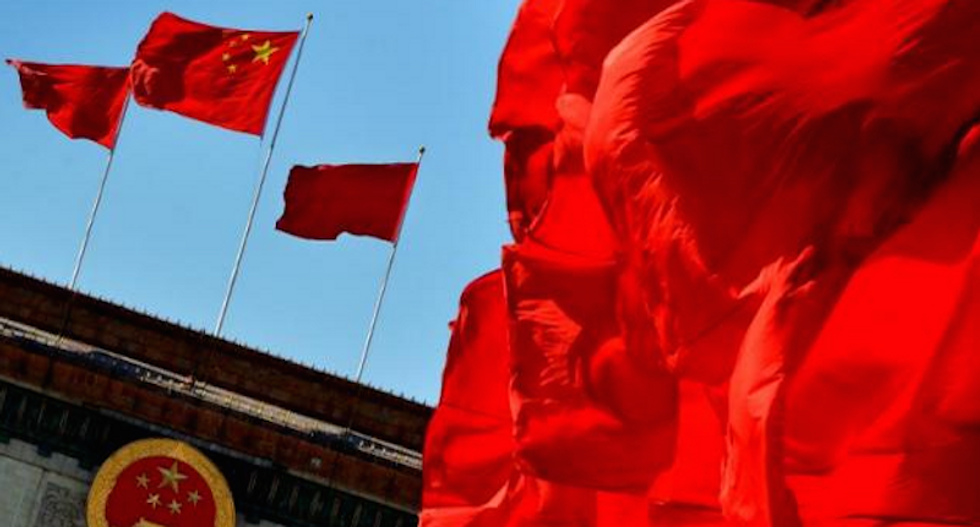 Chinese goods seem to be everywhere these days.

Consider this: At the Olympics in Rio this summer, Chinese companies supplied the mascot dolls, much of the sports equipment, the security surveillance system and the uniforms for the volunteers, technical personnel and even the torch-bearers.

Do you own a personal computer or air conditioner? Or a pair of shoes or set of plates from Wal-Mart? They all almost certainly bear a “Made in China” label.

Put another way, China has become an “export machine,” manufacturing an increasing share of the world’s products. Its initial success exporting in the 1990s – which surged after it joined the World Trade Organization in 2001 – surprised everyone, including Chinese policymakers. The result was rapid growth of over 9 percent for many years. In 2014, China surpassed the U.S. as the largest economy in the world in terms of purchasing power parity.

How did a country with a national income of just US$155 per capita in the 1970s turn into one of the most economically powerful countries in just 40 years? The answer not only shines light on China’s success story but also offers some important lessons for governments considering a turn inward, such as the incoming Trump administration.

I visited China for the first time in the spring of 1976 – just before China’s renewed entry into global markets. Research, teaching and taking students to China over the following decades have given me a window to observe the dynamic development that has occurred. And now, as a clinical professor at Georgia State University and director of the nonprofit China Research Center, I am involved with research and outreach that informs policy and business to strengthen U.S.-China relations.

The costs of isolation

From the Han Dynasty (206 B.C. - A.D. 220) until the Ming (A.D. 1371-1433), goods, culture and religion flowed among Central Asia, the Middle East and China via the various overland routes of the Silk Road. Sea exploration began in the Ming Dynasty, when the famous Captain Zheng He took seven voyages to establish trading contacts with Africa, Arabia, India and Southeast Asia. In the early 1900s, Shanghai was nicknamed the “Paris of the Orient” based on its role as a center of trade and finance.

But after Mao Zedong led the communists to victory in 1949, China established a planned economic system, withdrawing from global markets, which the communists deemed capitalist and imperialist. Foreign assets were nationalized and companies left the country. Trade increased with the communist Soviet Union and Eastern Europe during the 1950s, but that was sharply curtailed with the Sino-Soviet split in the early 1960s. The U.S. did not even have official trade links with China between 1950 and the early 1970s.

From Mao’s point of view, China’s goal was to build a strong economy by being self-sufficient in production of all its needs. He believed that self-sufficiency should even extend to each province as well. His “plant grain everywhere” policy, regardless if the geography was ill-suited for it, is an example of how far he implemented this strategy. One consequence was the disastrous Great Leap Forward, in which an estimated 30 million or more died from famine.

This disaster resulted partly from pushing self-reliance in industry in the countryside, as well as setting impossible grain output goals. The idea of specialization of production based on relative efficiency of resources was seen as capitalist and dangerous to communist development. To benefit from specialization, China would need to depend on other countries and deal with competition. As a result of rejecting specialization and trade, China’s economy grew slowly, with poor living conditions based on backward technology and little exchange within the country, let alone between China and the world.

Because China had been closed to foreign investment since the early 1950s and exported primarily to pay for essential imports, the value of China’s exports in 1978 was less than $7 billion – a mere 0.3 percent of their value today. This isolation contributed to China’s low living standard. Its GDP per capita of $155 ranked 131st out of the 133 countries with reported data, just above Guinea-Bissau and Nepal.

When I visited in 1976, I saw men with belts wrapped a couple of times around their waists – because they were very thin, and perhaps because the planned economy did not produce many sizes of belts.

When Mao died in 1976, a group of leaders, including Deng Xiaoping, believed that market reforms would revive the economy through more efficient production and better technology. China’s so-called “opening up” officially began with the Third Plenum of the Chinese Communist Party Central Committee in December 1978.

As part of the reform strategy, China’s leaders established four special economic zones in southern China near Hong Kong with incentives for foreign companies to invest in production aimed at exporting. The most well-known zone is Shenzhen, located in Guangdong Province.

At the time, U.S., Japanese and European companies were looking for new locations to manufacture their goods cheaply after wages rose in East Asian countries like Hong Kong, South Korea and Taiwan. And few other countries were welcoming to foreign investment. India, for example, remained closed to foreign direct investment for another decade.

In other words, China’s policies changed at a fortuitous time.

Companies moved quickly to China, especially across the border from Hong Kong, giving birth to deep manufacturing capacity that became the center of the world’s supply chain. By 2006, foreign companies were generating nearly 60 percent of China’s exports and even today produce close to 43 percent of them.

The power of specialization

China’s export story is a lesson in the power of globalization for development. Specifically, China’s policies leveraged its comparative advantage.

It attracted foreign direct investment with incentives to export, which included an undervalued exchange rate and a large population willing to work for relatively low wages. The returns to this investment were used for infrastructure, education, R&D and institution-building. This focus on domestic capabilities supported growth and rising living standards, avoiding a “middle income trap” where a country is not able to move its production beyond the lower end of the value chain.

Over time, Chinese domestic businesses became increasingly competitive as they developed management skills and market knowledge. Even small domestic firms have grown their exports in recent years as a result of access to international e-commerce platforms such as Alibaba.

China’s embrace of global merchandise trade and capital markets has transformed it into a middle-income country with a GDP of almost $8,000 per capita in current U.S. dollars, and the largest producer of manufactured goods in the world.

Chinese families now have enough income to travel the world. Chinese tourists are expected to soon be the biggest spenders on travel. Meanwhile, labor-intensive, low-wage manufacturing is moving to new opportunities in Bangladesh, Vietnam, Cambodia and elsewhere, and the composition of China’s exports is changing from textiles, furniture and toys to sophisticated pumps, electronics and engines. China is successfully moving up the value chain.

The next stage and lessons for the U.S.

Going forward, however, exports are not likely to dominate China’s development process. Its outward investments will. Chinese companies are investing worldwide. The value of their investments outside of China reached $1 trillion in 2015, up from just $57 billion a decade ago. Some analysts expect it to double by 2020.

The impact of Chinese companies investing abroad looks likely to be as big, or bigger, than that of its exports. Chinese outward investment is growing very fast both because of industry conditions within China, loosening of constraints on outward investment by its leaders and growing capabilities on the part of business managers.

In just the U.S., already Chinese companies have invested an estimated $64 billion and employ 100,000 people. So while we will continue to buy goods “made in China,” we will increasingly work with, and for, these very same companies.

That is, if we are lucky. If the next administration carries out its campaign promises, then the U.S. may miss out on many of the benefits of foreign investment all together from China and elsewhere, such as revitalized towns with new jobs and tax-paying businesses.

The irony is that China has learned its isolation lesson and is now promoting trade agreements that will substitute for the ones that the U.S. may leave on the table, such as NAFTA and the Trans-Pacific Partnership. And if the U.S. begins a trade war with China, then all bets are off. Not only will new jobs not materialize, but the low-cost goods we have enjoyed will be much more expensive, and our growing exports to China will no doubt be hurt by Chinese retaliation.