Here is what Machiavelli can teach us about Donald Trump 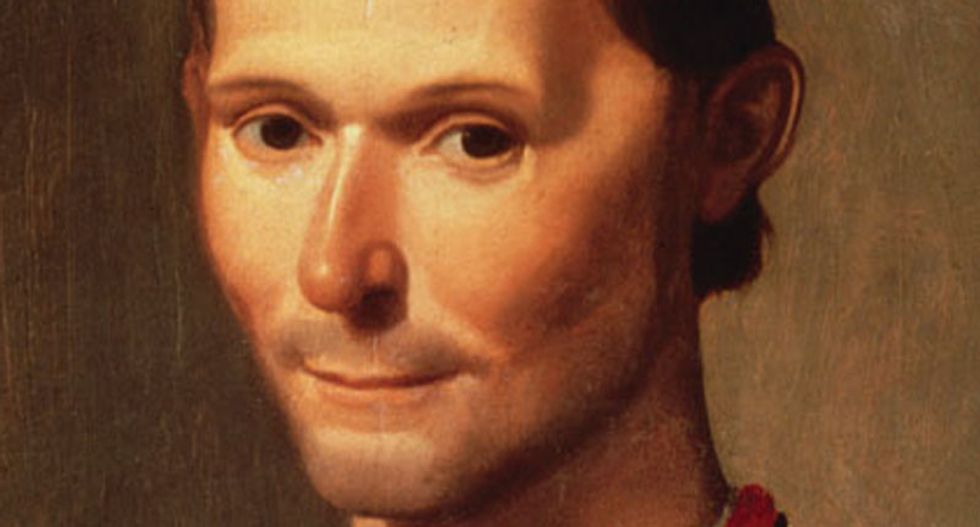 Niccolò Machiavelli, the great sixteenth-century Florentine diplomat, is synonymous with ruthless, immoral, self-serving behavior. Despite his bad rap, Machiavelli was actually an honorable and upright if somewhat bawdy and abrasive guy, and while he did habitually cheat on his wife as many Florentine men did at the time (not that it makes it right!), he was a loving father, loyal friend, and brutally honest observer of the human condition. He commented on everything he saw — the cruelty, brutality, lies, and deceit, as well as the bravery and brilliance — and wasn’t afraid to tell it like it is.

Machiavelli’s hard-headed analysis later established him as the founding father of modern political science, a field that investigates politics as it is actually practiced as opposed to how some philosophers and idealists might think it ought to be practiced. His commitment to the truth is also at the heart of his originality and is either explicitly or implicitly on each and every page of The Prince, the most revolutionary and widely-maligned political tract of all time.

Nowhere does Machiavelli’s commitment to the truth have greater contemporary application than to the ongoing debacle of Donald Trump’s presidential campaign. And as voters decide whether to support or dump Trump in the days to come, they would do-well to consider Machiavelli’s advice to “go straight to the actual truth” of who Trump truly is as a man — one who verbally attacks Muslims, Mexican-Americans,  veterans with PTSD, POWs and people with disabilities and laughingly brags about sexually assaulting women —  “rather than to dwell in dreams” about the true character of this vicious, vile, and vulgar man.

As for the problems facing Trump himself: Machiavelli advises that, when seeking advice, a leader should let it be known that “the truth does not offend him.” But he’s careful to caution that a prince must always be skeptical of the advice he receives, and should he discover that he is being flattered, he should “let his anger be felt.”

"Courts are full of flatterers," he tell us, because “men are so self-complacent in their own affairs, and in a way so deceived in them, that a prince is preserved with difficulty from this pest.” Here, Machiavelli is referring to those flatterers and advisors (e.g., Rudy Giuliani, KellyAnne Conway, et al.) who deceive a leader by telling him what they think he wants to hear as opposed to “always speaking the truth.”

But Machiavelli, as always, goes further, and he tells us that the human condition will never improve until we — and, by extension, our political leaders — acknowledge our true nature. Invoking his literary hero Dante, Machiavelli suggests that “the true way to Paradise is to learn the way to Hell in order to flee from it.”

Applied to Mr. Trump, it is hellishly clear that he is incapable of acknowledging his own true nature. Yet, it is only by confronting his true nature that he might one day be able to see what is preventing him from becoming a decent human being.

It’s human nature, as Machiavelli cautions, to blame our failures and shortcomings on external things (“rigged elections,” “biased debate moderators and journalists,” etc.), but if Donald Trump wants to improve his true nature, he — and, we, as voters — must acknowledge "the effective truth of the matter” that his greatest personal flaws and liabilities could seriously endanger the United States, and the world, for many generations to come.

Suzy Evans, J.D., Ph.D., a lawyer and literary agent, received her Ph.D. in history from UC Berkeley. Her most recent book is Machiavelli for Moms: Maxims on the Effective Governance of Children (Simon & Schuster).