What’s the history of sanctuary spaces and why do they matter? 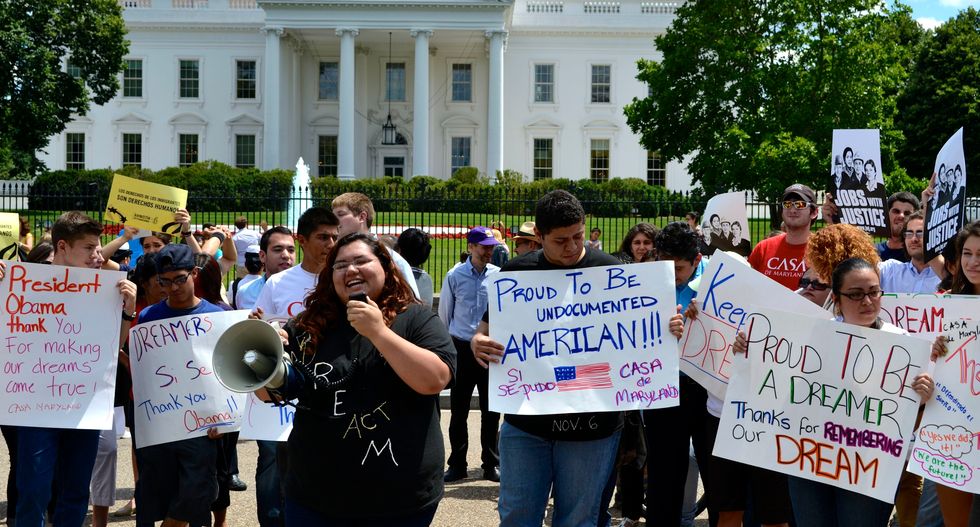 In the wake of the election of Donald Trump as president, faculty, students and alumni across the country are pressuring their administrations to declare “sanctuary campuses” for undocumented students, workers and their families.

Trump has said he would repeal the Deferred Action for Childhood Arrivals program (DACA). Under the program, those who came into the U.S. without documentation can apply for deferred action on their immigration status if they were under the age of 31 on or before July 15, 2015. These individuals are then allowed to work legally for two years, subject to renewal.

More than 700,000 immigrants who were brought to the U.S. illegally before the age of 16 have obtained temporary relief from deportation. In 2015, 65 percent of DACA recipients were in college or graduate school.

These students risk deportation if Trump follows through on his threat to “immediately terminate President Obama’s two illegal executive amnesties.” “Sanctuary campuses” could provide limited protection for such students. This would mean, at a minimum, that universities could refrain from offering information to Immigration and Customs Enforcement (ICE).

I am a literary scholar who writes about the literature and law of sanctuary in medieval England. Historically, sanctuary seeking demonstrates a moral duty – and even a legal obligation – to protect the vulnerable.

A place of ‘fearsome mercy’

In medieval England, from at least the 12th to the 16th centuries, sanctuary was defined as a legal procedure within both canon law (the law of the church) and secular common law. It was a last resort for those accused of crimes, often under chase by the community.

However, once fugitives crossed the threshold into the churchyard, the community that had failed to capture them was legally required to keep them safe and even feed them for up to 40 days.

Sanctuary delayed legal decision, which enabled people to negotiate alternatives. Sometimes the fugitive turned out to be innocent, or as in Hubert’s case, publicly declared obedience and reconciled with his king. 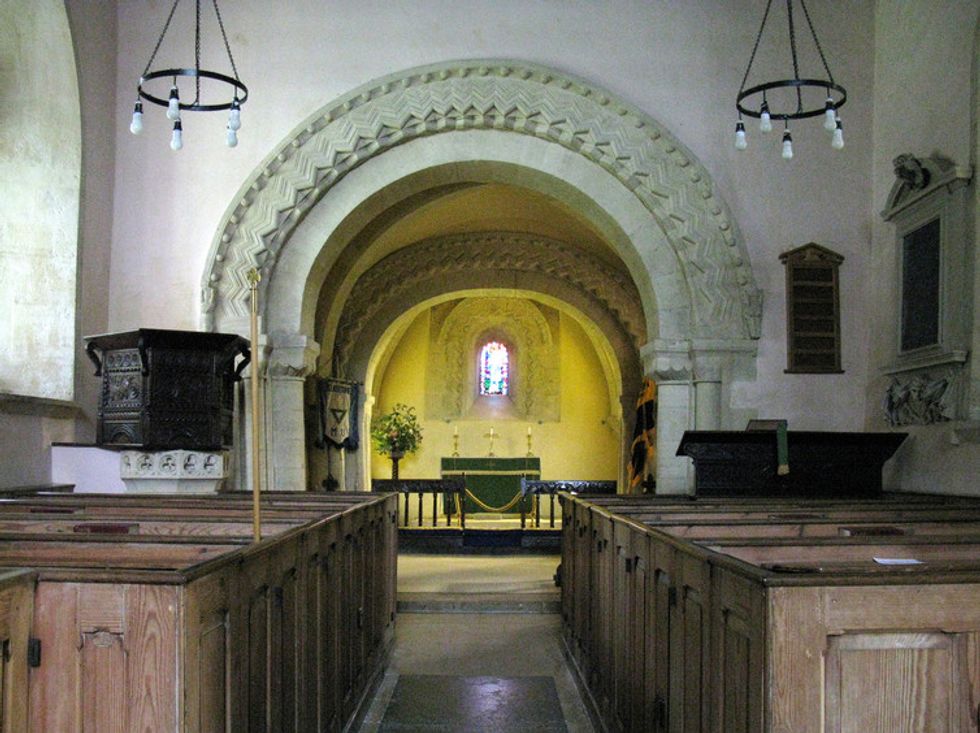 Yet the upshot of most medieval sanctuary cases was what one scholar has called “fearsome mercy.” After 40 days, fugitives usually had to confess their crimes and give up everything they owned, travel barefoot to the nearest port and live in exile for the rest of their lives.

Such sanctuary practices saved lives, both by providing time for negotiation and by allowing people to go into exile rather than stand trial. But more than that, they had a symbolic value: In providing such bare-bones safety, medieval sanctuary marked people’s vulnerability and made protecting them a sacred duty.

Although sanctuary for felons was outlawed by James I in 1623, the use of sanctuary to claim protection for vulnerable people continued into the 19th and 20th centuries.

Protest in the U.S.

Rather than providing a procedural exception within the law, sanctuary in the U.S. maps out a history of protest against unjust laws.

For slaves on the Underground Railroad (a network of routes and houses used by 19th-century slaves to escape the South) and later, for organizers during the civil rights movement, churches provided sanctuary space for organizing meetings.

Such sanctuaries could be dramatically breached, as in the case of the bombing of the Sixteenth Street Baptist Church in Birmingham, Alabama. The church offered a safe space for civil rights activists, but that sense of safety was shattered when a bomb planted in its basement killed four young girls. That tragic event exposed the violence of American racism and led to the Civil Rights Act of 1964. 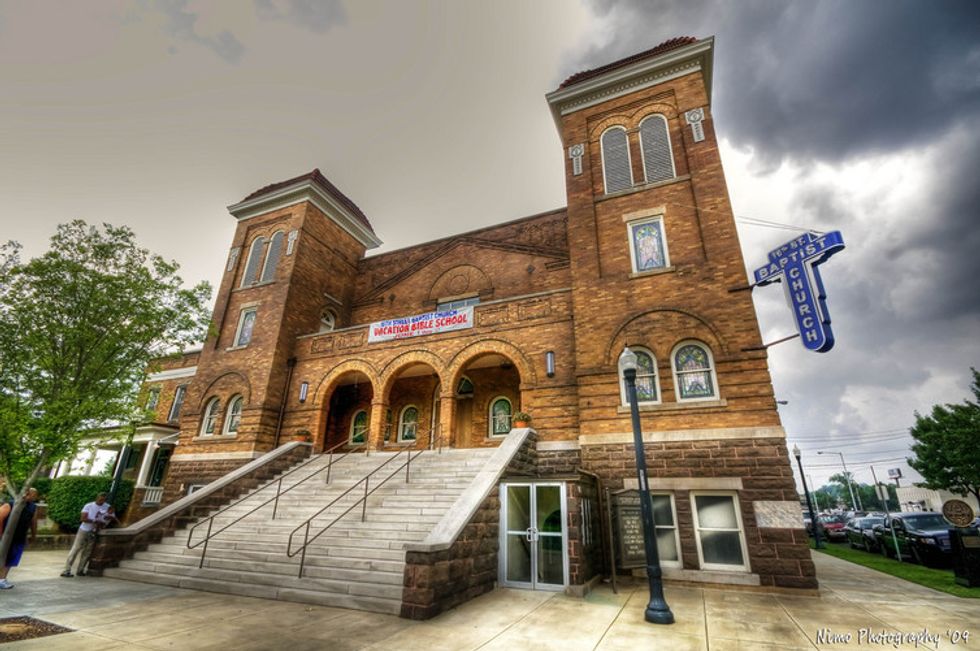 Later, in the sanctuary movement of the 1980s, churches helped refugees from the U.S.-sponsored Central American wars enter the country. The refugees were provided shelter, medical care, employment and legal representation.

The administration of President Ronald Reagan had supported rebels in Nicaragua and El Salvador during the Cold War years as a way to resist socialist uprisings. This led to many human rights violations and an influx of refugees into the U.S.

The Reagan administration, however, refused to admit the atrocities that were being committed by the Central American governments. Instead, the administration labeled refugees from those countries as “economic migrants” and denied them entry into the U.S. That prompted religious activists, lawyers and migrants themselves to organize in open opposition to the Immigration and Naturalization Service (INS).

The sanctuary movement broke the immigration law in order to show that Central American immigrants were fleeing a U.S.-sponsored war. The Justice Department initiated several “sanctuary trials” against activists for criminal conspiracy and for aiding “illegal aliens to enter the United States by shielding, harboring and transporting them.”

In the last trial a 71-count criminal conspiracy indictment was started against 16 U.S. and Mexican religious activists in Arizona in January 1985. The sanctuary movement, however, turned the publicity surrounding the trial into a condemnation of the Reagan administration’s war in Central America and its treatment of refugees.

Although most of the defendants in these trials were convicted, none was sentenced to jail time. The legislature eventually turned in favor of harboring Central American refugees. In 1990 Congress passed legislation to grant Temporary Protected Status (TPS) to people in need of safe haven.

Sanctuary has continually sought to make American law more just – even by working around or against the law. Sanctuary was instrumental in ending slavery and segregation at home, and in exposing human rights violations abroad.

Why does this matter now?

Today, there are practical limits to what colleges and universities can do without breaking the law. Just as the medieval law of sanctuary provided only bare-bones physical survival, so too universities can legally provide only limited resistance to deportation.

More than this, sanctuary campuses could recognize the vulnerability of their students and claim a moral right to protect them. Campuses could declare themselves free of bullying and hostility on the basis of immigration status, race, religion or sexuality.

I believe making such declarations could help counter recent campus attacks. In the wake of Trump’s election, colleges and universities have already been key sites of symbolic violence against immigrants and minorities. For example, racist hate messages about lynching were sent to black students’ cellphones at the University of Pennsylvania; a swastika and Trump’s name were painted on a wall at State University of New York College (SUNY) at Geneseo; a student at San Diego State University was harassed for wearing a hijab as her car was stolen; a student at Baylor was shoved off the sidewalk and called the n-word by someone claiming to “make America great again.”

Campus communities have already countered symbolic violence with symbolic protection. At Baylor University, the student who was shoved off the sidewalk was escorted to class the next day by a crowd far larger than necessary to keep her safe.

In declaring sanctuary campuses, administrators have a rich symbolic opportunity. When universities publicly resist attacks on immigrants, religious minorities and people of color, that speaks to their core purpose.

Universities are, by definition, sanctuaries. To declare them sanctuary campuses would emphasize that they are spaces where students and faculty are free to think in innovative, critical and varied ways without harm to one another.