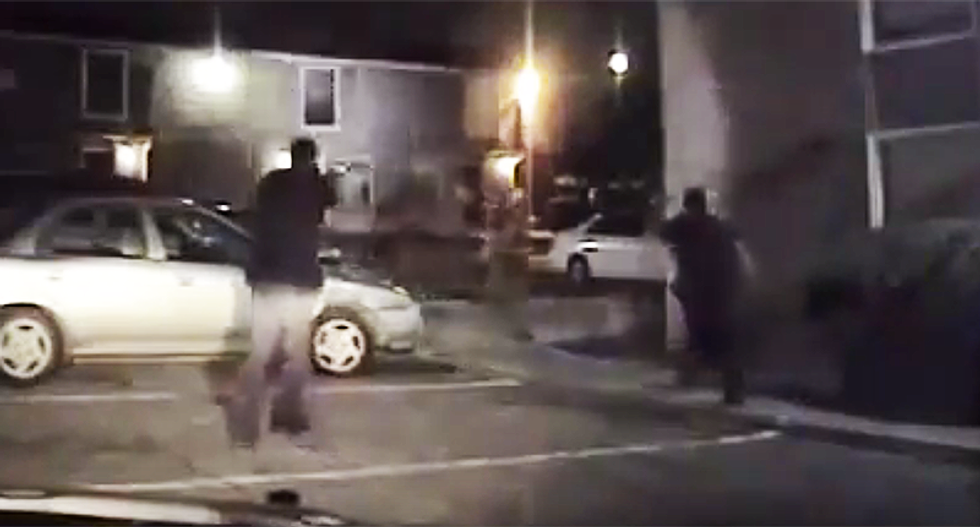 Tuesday, the full 23-minute video was released showing Jacqueline Craig's arrest by a Fort Worth cop after she called to report that a white man choked her 7-year-old son. The video shows after Craig’s arrest, the cop handcuffed her two teen daughters, one of whom he kicked to shove her into the police car. One attorney is saying that this use of excessive force isn't an isolated incident by the Fort Worth police.

According to lawyer Nate Washington, his client, David Brandon Collie, was paralyzed from the waist down after being shot by a Fort Worth police officer. The 33-year-old man was charged with aggravated assault against a public servant after the incident but a Tarrant County grand jury refused to indict him, The Fort Worth Star-Telegram reported.

The shooting happened July 28 when police were called to an apartment after a deputy claimed Collie threatened him with a box cutter. A box blade was found 10 feet from where Collie was shot but Washington said that the video does not show Collie had the weapon. When he was shot in the back he was more than 30 feet away from officers and didn't pose a threat to them.

Police were looking for two suspects involved in a late-night robbery in the nearby parking lot of a gas station. One suspect allegedly had a silver handgun and both suspects ran to an apartment complex. According to the release, two officers were doing an off-duty assignment when they said that they saw someone matching the description of the robbers hide behind some bushes.

The officers then saw a man walking away from them and saw another deputy at the scene. They shouted orders for the man to stop but he continued walking away. He was told again to stop and put up his hands because one was in his pants pocket. They allege that he took out a silver object along with his hand and pointed it at them. They assumed he was threatening the man and fired two shots at Collie, striking him once.

Police claim Colllie then dropped the box cutter and they tended to his gunshot wound and bleeding with their medical kit until EMS arrived.

The attorney explained that he wanted to release the dash camera video to show that Fort Worth's recent behavior isn't the only questionable incident that occurred under the department. Cases of police brutality against African-Americans in the area are more common than most realize.

Tuesday night, about 30 protesters met for a second event downtown against what they describe as the Fort Worth Police Department's misconduct. They demanded the immediate dismissal of the officer accused of ignoring the suspect in the choking of a 7-year-old and instead arresting of his mother, Craig. The protesters echo Washington's accusation that Craig and her family are just the latest in a line of police misconduct.

Angela Tyson belongs to the organization that held the protest, the Tarrant County branch of Next Generation Action Network. She became active after officers allegedly killed Jermaine Darden, her nephew's father, in 2013. The police executed a no-knock warrant for a drug raid and Darden was struck with a taser.

“My nephew wanted to die so he could see his father again,” she said. “We need to stop acting like none of us matter, because all lives matter.”

Last week, the police chief discounted assertions that the officer is racist and argued that his behavior was simply "rude." There's an internal investigation pending against the officer.

You can watch the video of the incident with Collie below: