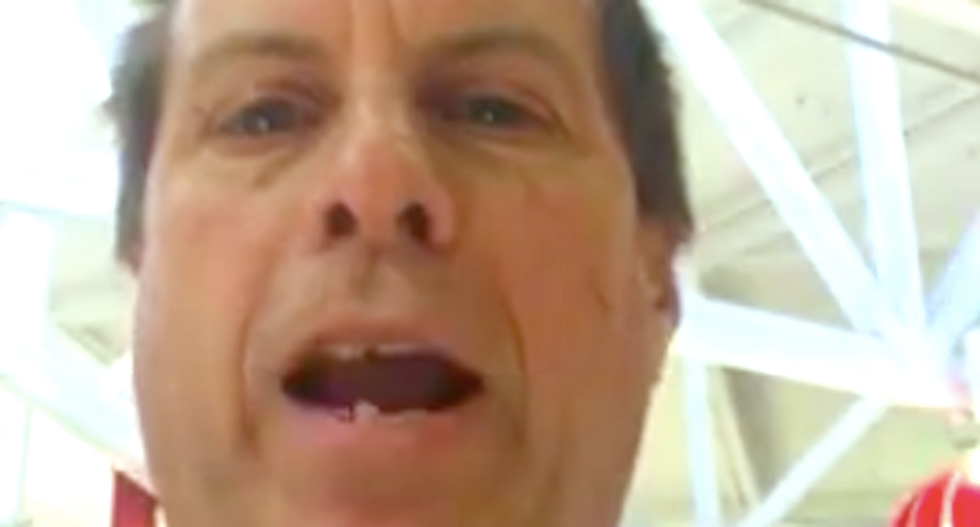 A Texas pastor upset children and angered parents by going into a shopping mall and bellowing that Santa Claus is not real.

David Grisham Jr., who leads Last Frontier Evangelism, went to a mall near his Amarillo home and started shouting at families who were waiting in line to see Santa Claus, and both he and another shopper recorded his rant on video, reported Friendly Atheist.

"The man you're going to see today is just a man in a suit, dressed up like Santa, but Santa does not exist," Grisham says in a video he posted on Facebook. "Parents, y'all need to stop lying to your children and telling them that Santa Claus is real when, in fact, he's not."

One parent asks him to go away and another asks him to "chill out," and Grisham's video catches several children gawking at him as he tries to spoil their Christmas celebration.

"When you substitute the lie of Santa Claus in the heart of your child for the truth of Jesus Christ, you are bearing false witness against God," Grisham says. "Don’t lie to your children and tell them there’s such a thing as Santa, when you know in reality that there are no flying reindeer, there is no workshop at the North Pole, there is no elves making toys, that you buy all the gifts and put them under the tree."

A parent walks over to Grisham, who has previously posted videos of a firing squad "executing" Santa Claus, and tells him to leave the mall, saying he's upsetting children and bothering families.

"Quit talking this mess, you understand me?" the man says, as Grisham tells him to keep his hands to himself. "Now stop. I've got my kids over there, we don't need you coming over here and blabbing whatever the hell you're blabbing. Now go on -- go. Now."

Several other men walk over to the confrontation as Grisham complains that he's just trying to tell the truth.

"That's not your decision to tell my kids what's the truth and what's not," the father says.

The other men agree, telling Grisham that he's got no authority to tell their children anything.

"What you are doing is a sin," another father says. "There is a Santa."