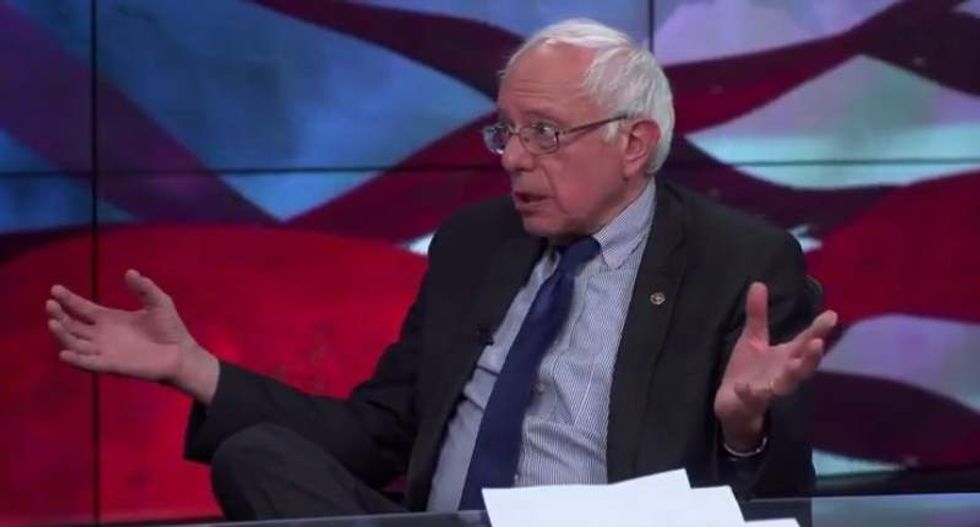 “Privatizing the VA would be an insult to the more than 22 million veterans who risked their lives to defend our country and it would significantly lower the quality of health care they receive,” Sanders said in a statement, The Hill reported. “Our goal, shared by The American Legion and other major veterans’ organizations, must be to improve the VA, not destroy it.”

Earlier this week, a senior transition official told reporters that the president-elect was searching for a way to privatize the VA.

"We think we have to have kind of a ... public-private option, because some vets love the VA ... some vets want to go to the VA,” the senior official said. “So, the idea is to come up with a solution that solves the problem. And it's not the easiest thing in the world because you've got all these little kingdoms out there, which is hard.”

No details were given on how the privatization would work and how much doctors would be paid for their services. The official refused to elaborate.

After veterans faced long waits for far away VA facilities, Congressional Republicans began looking for other options. Currently, veterans can get private care through the Choice Card program Congress created in 2014. Both of Trump's expected VA secretary options reportedly want to expand that program to all veterans, however.

Opponents of the privatization idea believe that funding other programs will pull money from the existing VA making programs even worse. Other critics note that VA doctors are experts in things like PTSD and treating health problems known for impacting veterans the most. One example is a rare liver cancer that was discovered by VA doctors that was isolated to Vietnam veterans stationed in certain areas known for serving a specific type of fish. In an NPR report, a VA doctor explained that a personal doctor wouldn't have been informed about this type of cancer and the cause.

Sanders, who serves on the Senate Veterans Affairs Committee, pointed out that veterans groups are against the option the Trump transition is advocating.

“The veterans’ organizations are right,” he said. “We must protect the VA, not destroy it.”

American Legion Executive Director Verna Jones explained that “dollar-for-dollar, there is no better care or value available anywhere in the United States – period.” She urged Trump to look into the information on the issue.

“When men and women put their lives on the line to defend us, the president must listen to them, not to the Koch brothers and their extreme right-wing, anti-government ideology,” Sanders went on to say. “We will vigorously oppose any and all efforts to privatize the VA.”