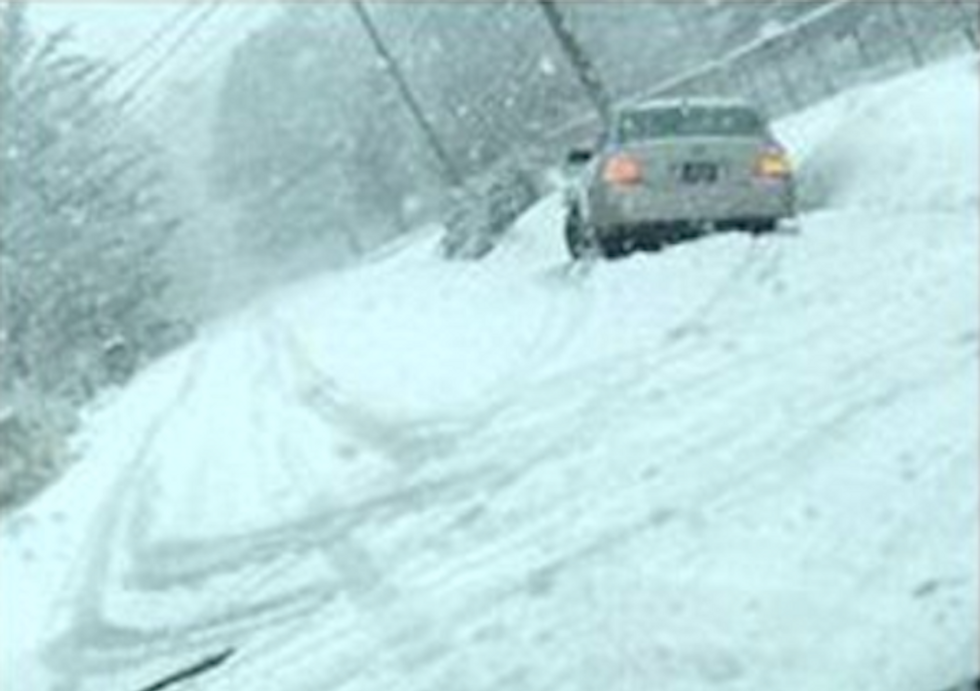 Image posted by Troy Brown of a Trump supporter stranded in the snow (Facebook.com)

An Ohio man has received loud condemnations as well as slaps on the back for opting not to help a motorist stranded in the snow after he noticed that their car had a Trump 2016 sticker.

According to the Kansas City Star, Troy Brown spotted the other car stuck in a snowbank on Dec. 13 and was on his way to help when he spotted the vehicle owner's sticker proclaiming their support for the Republican nominee.

"I was going to help her but she has a #Trump sticker on her car #CallYoPresident," wrote Brown in a Facebook post that included video of him driving past the stalled-out vehicle.

Commenters piled on, some to express their support and approval, others to condemn Brown and hurl insults, many of which -- thanks to Brown being a black man -- were racially charged.

A list of people Trump voters can call for help:

“Wow, pretty low move, and to brag? Lol. I’m sorry your morals are so misguided,” complained one commenter.

"Piece of black shit," another called him.

One angry white commenter said, "Proof this man never made it pass 6 grade. All Lives Matter shit face boy" with no apparent regard for punctuation.

One reader wrote, "And that's what's wrong with people nowadays I was raised to help everyone in need no matter what but what do I know I'm just a gun owning patriotic American and you sir are a piece of shit."

Others were supportive of Brown.

"She would have called the police if you had got out and approached to help," one predicted.

"I can't WAIT to ignore a TRUMP supporter in distress ugh you're so lucky," said another supporter.

Young himself marveled at the size of the brouhaha in a comment on another post, writing, "So many personal feelings that have been released into the atmosphere! #CallYoPresident"