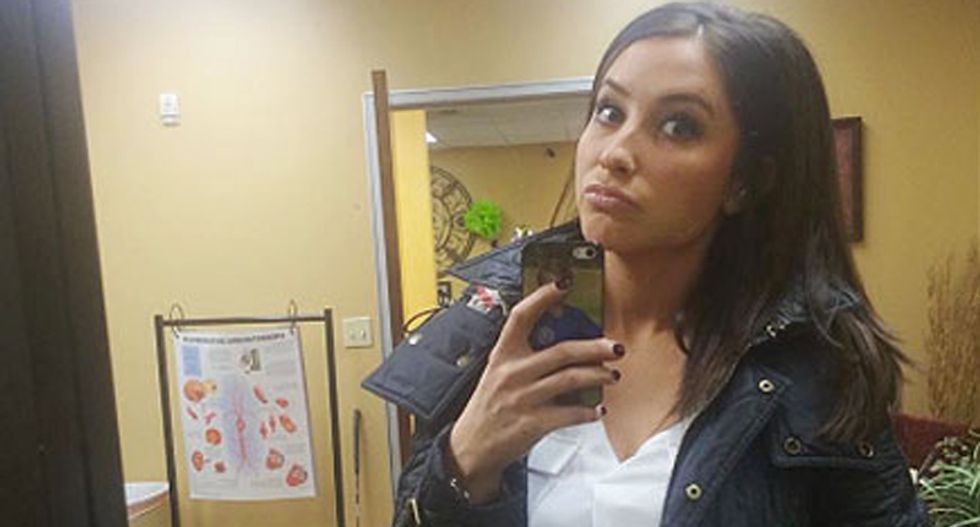 The daughter of former half-term Alaska governor Sarah Palin had a meltdown on her blog Wednesday, calling out what she termed the 11 "sissies" who have publicly stated that they have no intention of performing at Donald Trump's inauguration.

To date, organizers of the president-elect's big coming out party have only landed an America's Got Talent runner-up, the Mormon Tabernacle Choir and a collection of disgruntled Radio City Music Hall Rockettes.

The dearth of quality entertainers seems to have unhinged the former Dancing With The Stars runner-up and reality star who knows a thing or two about Hollywood.

Writing on her blog, Palin exclaimed, "If Donald Trump were still just a regular old billionaire and threw a party at Trump Tower in New York City, celebrities would be lined up out the door, and the most famous artists would be pining for a chance to perform. But because he will be inaugurated as the next Republican president in January, these same mega-celebrities, who would normally drool over an invitation to sing for the president, want no part of it."

According to Palin, who now lives in Wasilla with her new husband and is pregnant with her third child, "Isn’t it amazing how 'not cool' it is to be conservative in the public eye?"

"Either Hollywood is that far off – or we have so many sissies we have in the spot light too scared to stand for what they believe in!" she concludes before listing off the, "11 A-list artists" who are refusing.

She includes Celine Dion, KISS, Garth Brooks, Justin Timberlake, Katy Perry, and Elton John, of whom Palin writes: "The Pinball Wizard himself, Sir Elton John, quickly shot down any chance he would ever perform for President Trump. In his explanation to The Guardian, Elton delivered a jab at American country music, too, which is surprising considering he stole all their rhinestone outfits."

That, and other sick burns, can be found here.

It should be noted her post is a series of pages you will need to click through, providing her with page views, while also imploring you to "buy our books."