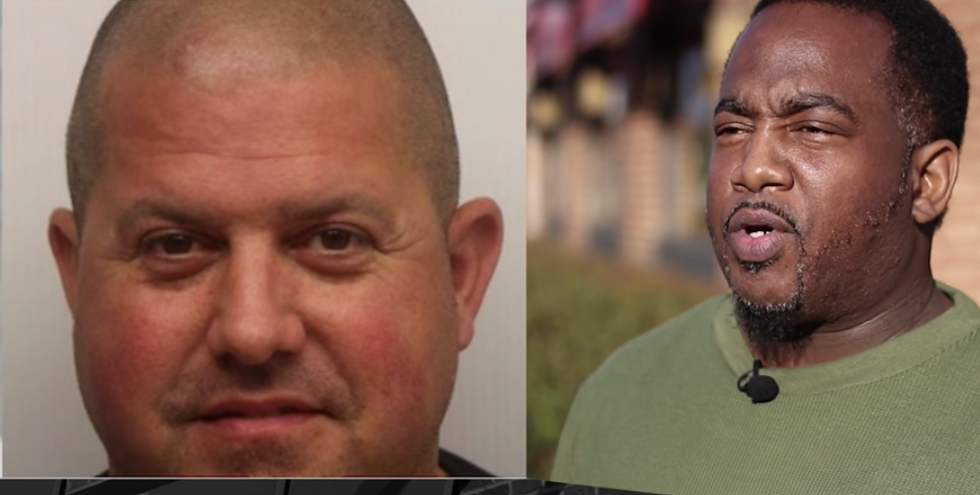 The former Savannah firefighter who went on a drunken, racist rampage in an Applebee's restaurant and menaced a black couple with a gun has been indicted on seven felony counts of aggravated assault.

Savannah Now reported Thursday morning that former Capt. Barry Arnold -- Savannah's 2014 Firefighter of the Year -- was indicted by a Chatham County grand jury for attacking and threatening to kill Marquist Curtis and Amber Phillips on October of 2015.

“Marquist and Amber are glad this has finally been done,” said Will Claiborne, Curtis and Phillips' attorney to WSAV. “Frustrated that it took so long. They’re happy to finally see the process move forward. They are one step closer to obtaining some justice to what happened to them and are looking forward to their day in court.”

Raw Story reported Wednesday that the four misdemeanor charges originally filed against Arnold had been quietly dropped. The victims and their supporters thought that Arnold's race and connections to city government had ensured that prosecutor Meg Heap and the district attorney's office were dragging their feet with regards to the case.

On a Friday night in October, 2015, Curtis and Williams found themselves threatened with murder during a racially charged run-in with a drunken Arnold. After Arnold violently attacked Curtis inside the restaurant, the altercation spilled outside, where -- brandishing a gun and his fire department badge -- Arnold told the victims he could murder them and get away with it under the law.

Claiborne said that when Curtis and Phillips tried to flee back inside to get away, they found that restaurant workers had locked the door.

The restaurant is liable for its handling of the incident, Claiborne said, and arresting officers on the night of the crime only charged Arnold with four misdemeanors and did not cite him for attempting to drive away from the scene while intoxicated.

“Law enforcement on the scene should’ve appropriately charged Mr. Arnold. He should’ve been taken immediately to jail,” Claiborne said. “He should’ve been booked on felony charges. If anyone else, particularly an African American, had committed these acts that individual would be put directly in jail and probably would still be there.”

No trial date is currently set for Arnold.