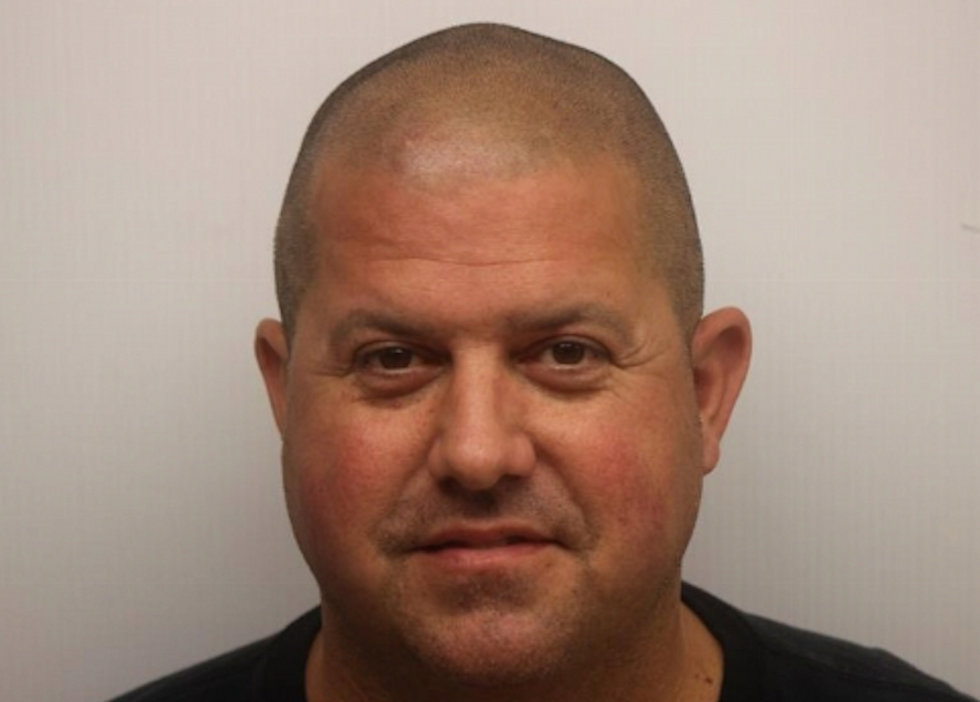 Charges were abruptly dropped against a Savannah, Georgia, firefighter accused of threatening a black couple at gunpoint and telling them his badge entitled him to kill them with impunity.

The Daily Beast reported Wednesday that charges against Barry Arnold were inexplicably dropped in September after the government failed to prosecute. The couple who bore the brunt of Arnold's drunken, racist meltdown want to know why.

In October of 2015, Marquist Curtis and his fiancée, Amber Phillips were eating dinner at a Savannah Applebee's restaurant when they heard a drunken and agitated Arnold -- who was voted 2014 Savannah Firefighter of the Year -- use racist slurs against his server, a black woman.

Then, when he noted Curtis and Phillips, he began to direct his ire at them.

“He’s saying, ‘I got those black ass ribs just like those ni**ers,’” Curtis told the Beast. “He looked over at my fiancée and said ‘I can’t stand those ni**ers.’”

Curtis reportedly asked Arnold to "calm down," according to police documents, but Arnold became belligerent and combative, called Curtis a "ni**er" and tackled him. The dispute spilled out into the restaurant's parking lot where Arnold retrieved a handgun from his car and pointed it at Curtis and Phillips, saying that he would kill them.

"He’s walking over with his gun and badge, saying, ‘I’ve got the right to kill you ni**ers,’” Curtis recounted. Restaurant employees, he said, locked the door behind them so they could not return inside to safety.

Arnold was charged with misdemeanor counts of disorderly conduct, public drunkenness and pointing a gun at another.

The Chatham County district attorney's office told Kate Briquelet at the Beast that the incident is still under investigation, but online records show that no new charges have been filed and that no further action has been taken by prosecutors.

Curtis told Briquelet that he is skeptical that city prosecutor Meg Heap will pursue the charges against Arnold.

“We just want justice. No more, no less,” Curtis said. “They’re trying to put what he did on hold.”

Curtis also said that he had to find out through his attorney that charges have been dropped against Arnold.

"Nobody contacted us," he said.

Heap's office said that yes, the misdemeanor charges were dropped, but they are considering pursuing felony charges in a higher court.

Curtis' attorney Will Claiborne told the Beast that prosecutors are dragging their feet.

“You’ve got a captain in the fire department who pulls a gun on these people and says, ‘With this badge and this gun, I get to kill people and get away with it,’” he said. “The police at the scene stop him while he’s trying to drive away.”

Claiborne believes that Arnold should have been charged with driving under the influence, aggravated assault and terrorist threats. He feels that Arnold's race and city position are factors in the lack of official action.

“We want to raise public awareness that this sort of injustice happens in 2016,” Claiborne said. “What would happen to anybody else other than a white captain in the fire department is just shocking.”

He pointed out that if Curtis had pulled a gun of his own in similar circumstances, "he'd still be sitting in jail."

Arnold was terminated from his job with the fire department in the wake of the incident.