Ex-GOP lawmaker: Trump needn't rely on US intelligence agencies -- he can get info from foreign governments 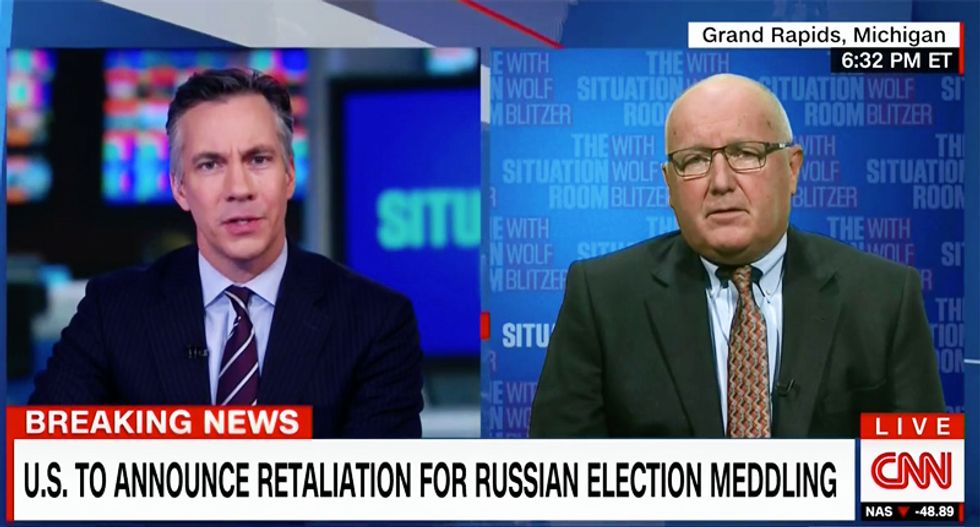 Appearing on CNN, a former head of the House Intelligence Committee said President-elect Donald Trump should feel free to use intelligence information given to him from foreign governments in lieu of what his own intelligence agencies will be providing him.

Noting that Trump is still disputing evidence provided by all seventeen U.S. agencies that shows the Russians hacked the 2016 election, Hoekstra said Trump is sending U.S. intelligence a message.

"I think what Donald Trump is doing, is Donald Trump is putting the intelligence community on notice," Hoekstra said. "That he expects them to deliver quality information in an unbiased format so that he will be equipped to make the best decisions possible as Commander in Chief. Sending that signal to the intelligence community is absolutely fine."

"I think one of the things he'll do is go out and get information from a number of different sources," the former lawmaker replied.

"Outside the intelligence community?" the CNN host asked.

"So you're saying the president of the United States should take the intelligence assessments of another country's intelligence agencies over his own?" Sciutto asked.

Hoekstra's comments come at a time when questions are still being raised about Trump's relationship with Russian President Vladimir Putin, who was reportedly behind Russian efforts to elect Trump because he had an adversarial relationship with Trump's presidential opponent, former Secretary of State Hillary Clinton.