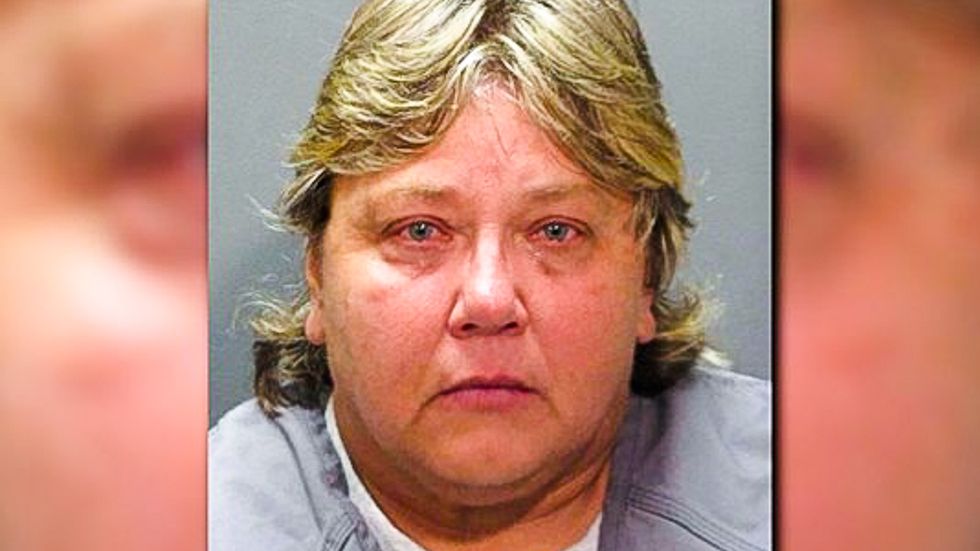 A Florida woman was arrested for allegedly pointing a gun at people inside a McDonald's restaurant.

According to WJXT, 47-year-old Charles Daniels said that he was going in to have lunch at the restaurant on Friday when 55-year-old Mary Ulman began honking at him and yelling racial slurs.

"She was racial slurs this and that, but my grandfather didn't raise us that way, so I overlooked it," Daniels told Jacksonville police.

Daniels said that he ignored the suspect, but noticed a red dot from a gun's laser pointer on his shoulder as he walked in to the restaurant.

"As I got ready to walk in, I saw a red beam on my shoulder," he recalled. "I looked and she had her gun pointed at me."

"Am I going to be alright and everybody else? What about everybody else, when she started pointing through the drive-through window?" Daniels explained.

Police later found Ulman stopped at a traffic light. The gun she used was found inside the vehicle. Officers drove Ulman back to McDonald's, where she was identified by witnesses.

Ulman was charged with aggravated assault with intent to commit a felony.

Watch the video report below from WJXT.