Former DoJ spokesman: Comey must admit he 'threw a hand grenade' into election with Hillary letter 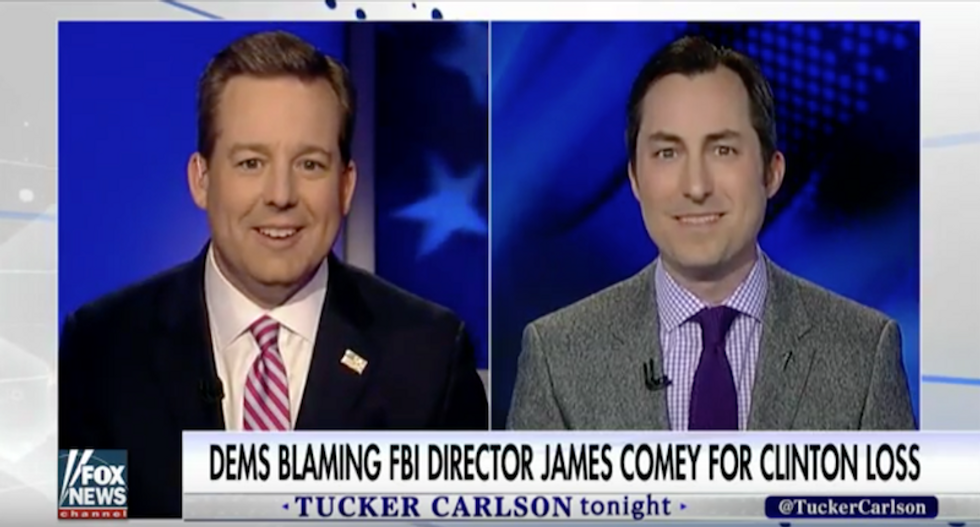 Miller has been outspoken for months about Comey's decision to send a letter to congressional leaders in late October about emails he expected were associated with former Sec. of State Hillary Clinton’s server.

During his Tuesday night appearance on Henry's show, Miller said Comey's decision to send that letter just 11 days out from the election was like throwing "a hand grenade into the middle of the election."

Miller stands by his stance that Comey's letter impacted the election results for the worse. "That's an appalling thing for an FBI director to do," he said.

Henry wasn't sold on Miller's position, noting that his belief that Clinton had the election in the bag before Comey's letter is flawed. He pointed to the mere fact that "polling was off in a lot of states" leading up to Nov. 8.

Regardless, Miller explained that after Comey's letter came out, there was a "4-point swing in Trump's direction." Henry responded that Comey is supposed to remain independent, as someone representing the FBI. Commenting on the fact that Miller should know that "as someone who used to work in the Justice Department," he asked, "Why interfere with [the election]?"

"So, you're right," Miller said. "I'm someone who worked at the Justice Department and one of the things I learned is yes, the FBI director is independent as is the attorney general. But he's also supposed to follow the rules."

"Yes he's independent," Miller explained to Henry during the segment. "But there are rules that have been put in place because the FBI and the Department of Justice have so much power to unfairly tarnish people's reputation."