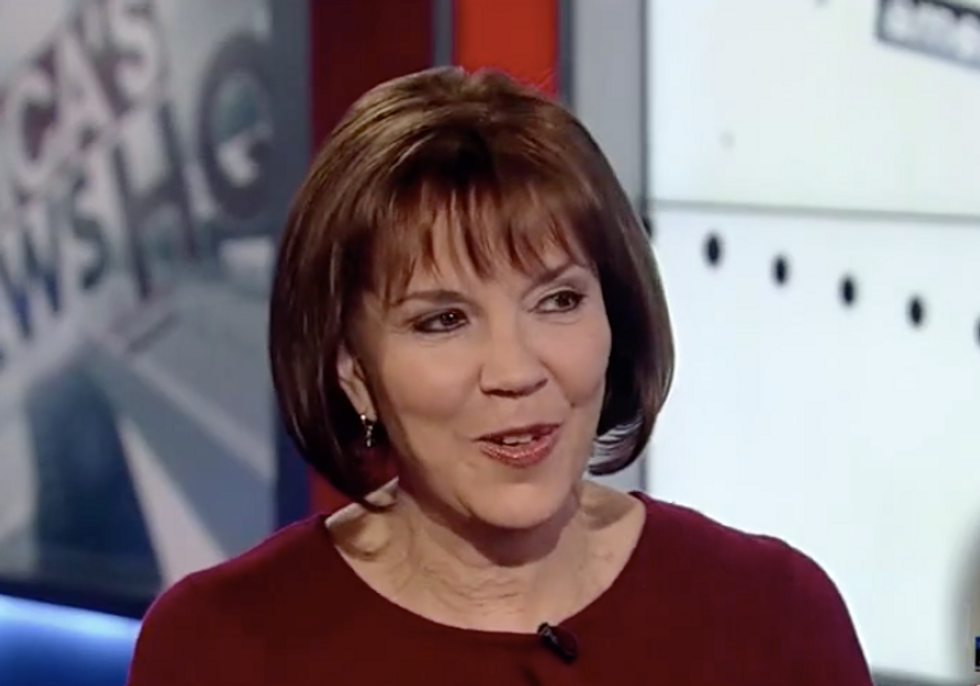 Judith Miller, formerly of the New York Times, said hacking investigation could be a 'tar baby' for Trump (Screen capture)

In a discussion about the investigation into Russian hacking of the 2016 election, former New York Times writer Judith Miller warned against Trump involving himself in the mess, saying it could be a "tar baby" for his nascent administration.

The motive, she said, could be harder to determine.

As much as Trump might want all discussion of the matter to cease, she continued, "it's not going away."

"Pres. Obama isn't going to let it go away because his full intelligence review guarantees that this tar baby is going to be delivered to Mr. Trump as a 'welcome' present to the White House before inauguration on Jan. 20," she said.

The term "tar baby" is a term for a quagmire, a trap wherein the more that one struggles, the more one becomes ensnared. Some claim that it is a literary term, devoid of racist implications, but its history is more complex that that.

In an "Uncle Remus" folk tale, a clever fox trapped a rabbit by smearing a doll with tar and turpentine, making it sticky. When the rabbit slapped the doll for refusing to acknowledge him, he became stuck.

In 2006, Ta-Nehisi Coates wrote that the term tar baby "also has had racial implications. In his book Coup, John Updike says of a white woman who prefers the company of black men, "some questing chromosome within holds her sexually fast to the tar baby." The Oxford English Dictionary (but not the print version of its American counterpart) says that tar baby is a derogatory term used for 'a black or a Maori.'"

Miller lost her job at the Times and is considered by some to be "a humiliated and discredited shill" over her role in outing CIA operative Valerie Plame as well as her fervent insistence that Saddam Hussein had weapons of mass destruction in the run-up to the Iraq War.

In both instances, it became clear that she was being used as a cat's paw for the George W. Bush administration's agenda of starting a war with Iraq.

Regardless of how Miller meant it, whether as a racist slur aimed at Pres. Obama and his imaginary offspring or just in the folkloric sense of a sticky or troublesome matter, it was a remark that is bound to rankle many, just as it did when Gov. Mitt Romney used the term to describe Massachusetts' "Big Dig project."

Romney later apologized for using the term, claiming he was not aware of its racist implications.