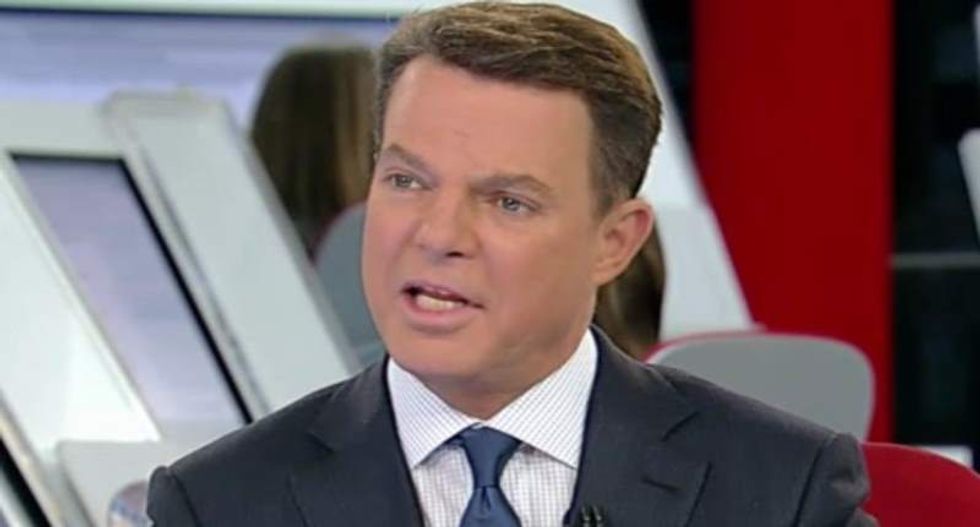 Fox News host Shepard Smith took Donald Trump to task Monday afternoon, flat out stating that the president-elect is lying when he claimed that accusations of Russian hacking only surfaced after he was was elected president.

Drawing attention to Senate Majority leader Mitch McConnell saying, "It's hard to believe any Republicans could in any way ever be against reviewing these Russian tactics," Smith noted that Trump is one such Republican.

"President-elect Donald Trump has called the CIA's assessment ridiculous," Smith remarked. "A statement he based on nothing. Tweeting today, 'Can you imagine if the election results were the opposite, and we tried to play the Russia-CIA card? It would be called a conspiracy theory.' 'Unless you catch hackers in the act it's very hard to determine who was doing the hacking. Why wasn't this brought up before the election?'"

"It was brought up before the election," Smith continued. "Over and over and over again. US officials absolutely did say before the election that Russian hackers stole emails from Democratic officials and gave them to the website WikiLeaks. But, according to The Washington Post, The New York Times, and the CIA has since determined it was all part of an effort to help Donald Trump, not simply to disrupt the election but to help Donald Trump. And 17 national security agencies are in on this assessment."

Smith then shared a clip of Trump telling Fox News host Chris Wallace that the 17 intelligence agencies have no idea who did the hacking, with the president-elect blaming Democrats for "putting it out there" because he won the election.

"That is not true," Smith said again. "The national intelligence agencies put this out, and now there's a bipartisan investigation into it, one which Donald Trump is against."

Watch the video -- beginning at the 1 minute mark -- below via YouTube: