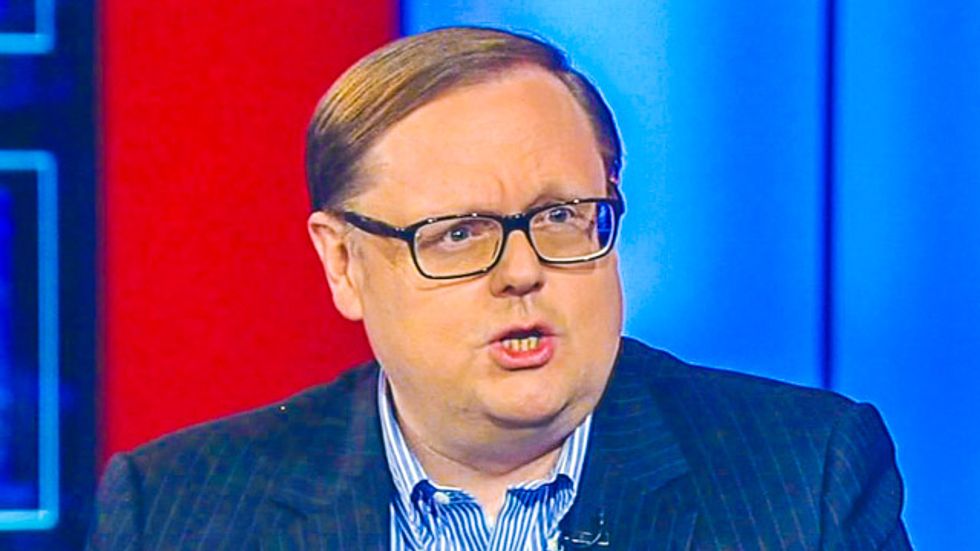 A member of the Mormon Tabernacle Choir resigned her position this week because she didn't want to sing at President-elect Trump's inauguration -- and one Fox News pundit won't stand for it.

Via The New Civil Rights Movement, Fox's Todd Starnes has written a column in which he attacks choir member Jan Chamberlin for her "repulsive" comparison of Trump to Hitler, while also deriding her concerns about the president-elect's policies as "shrieking."

"Ms. Chamberlin's shrieking is similar to the hysterics coming from Radio City Music Hall -- where several Rockettes pitched a hissy fit over their participation in the inauguration," thundered Starnes. "For the record, President-elect Trump has never invaded a sovereign nation, nor has exterminated millions of innocent people. And to compare the next president of the United States to Hitler is not only intellectually dishonest -- it's downright repulsive."

Of course, Trump has never invaded a sovereign nation because he's never worked in government before -- and many historians have raised alarm bells about Trump's authoritarian right-wing rhetoric as being similar to that of late Italian dictator Benito Mussolini.

Nonetheless, Starnes concluded his column by chastising the choir member for being the least bit worried about Trump's impending presidency.

"President-elect Trump is no Nazi, Ms. Chamberlin," he sneered. "But your argument is a few notes shy of a stanza."