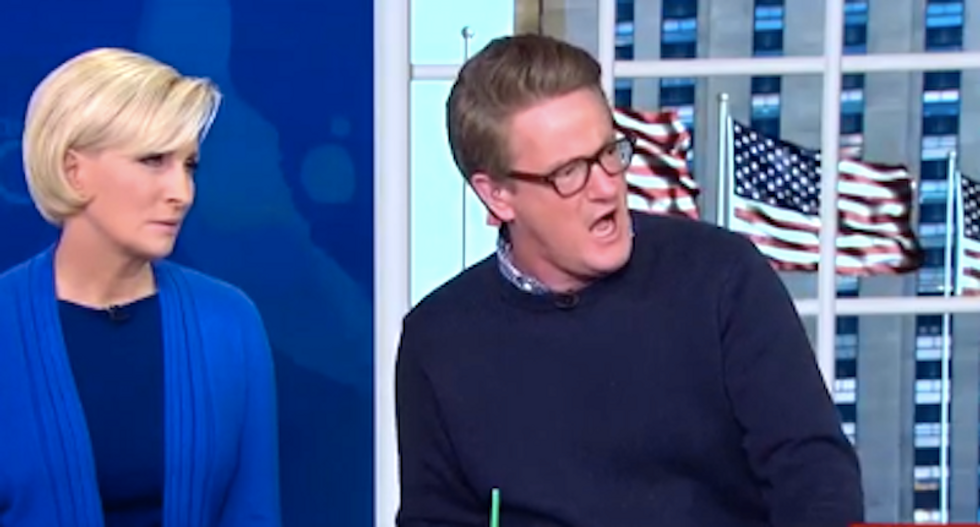 "Morning Joe" host Joe Scarborough called on Donald Trump's choice for national security advisor to apologize for all the anti-Semitic conspiracy theories and other "crap" he's posted on his personal Twitter account.

Those bogus reports, which Flynn's son referred to in tweets, accused Hillary Clinton and a top campaign aide of running a child sex ring out of the back room at Comet Ping Pong.

Scarborough, his voice rising and pounding his fist for emphasis, demanded an apology from Flynn, although he didn't call on Trump to withdraw his nomination.

"It shouldn't just be, 'I'm sorry,' or, 'I was careless,'" Halperin said. "He needs to explain all of this in a way that's detailed, because again, he's not subject to Senate confirmation. He's about to have a very big job. He's not responsible for his son, but he's responsible for himself."